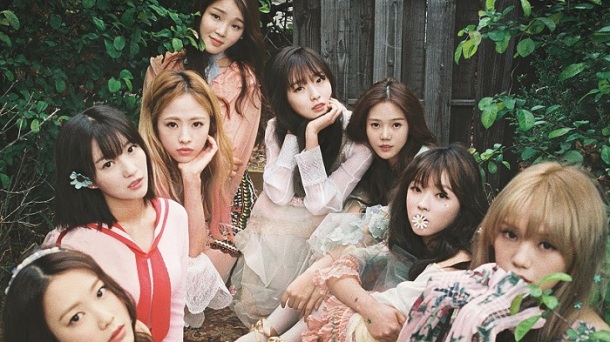 Oh My Girl continue to move from strength to strength, offering more invention and excitement within their kpop concoctions than almost any other group so far this year. As of May, their Pink Ocean album is my favorite girl group mini of 2016, and the inclusion of Windy Day only makes it stronger.

It’s worth noting just how ballsy it is for a rookie girl group to release something as breathtakingly unique as Windy Day. The song follows absolutely no trends, choosing instead to pave new territory by combining elements we don’t often hear in mainstream kpop. Windy Day opens as a strummy, folk-inspired ballad before slowing further towards a gorgeous bed of harmonic bliss. However, this is only a set-up for the stomping, multi-part chorus that borrows just as much from Abba as it does their girl group contemporaries. I’m not normally one for songs that change tempo this drastically, but the restrained, meditative verses actually give the chorus more punch (not that it needs it!).

Some may be put off by the kitchen-sink approach the production takes, but the inclusion of instruments as diverse as sitar and fiddle creates a distinctly international flair that works to the track’s benefit. By taking cues from multiple eras, cultures and styles, Windy Day becomes a pop song that could really appeal to anyone. It’s a challenge to balance all of these elements in an arrangement that feels experimental without being off-putting, but the fact that the song feels so light on its feet is a major triumph. Just as its title indicates, Windy Day sucks you off the ground and whips you around for four minutes, leaving a trail of indelible hooks in its wake.