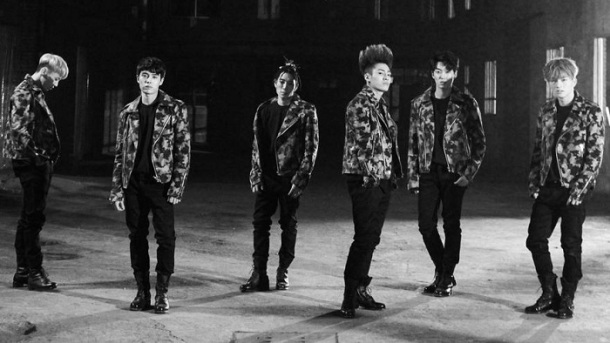 While 2016 gave us many notable debuts from big companies, 2017’s current crop of rookies seem to be coming from smaller agencies. In some ways, this makes their music harder to critique. Without big budgets and promotion behind them, it can be difficult to compete at even the most basic level. Still, a group like MVP proved that it could be done last month. And while BLACK6IX’s cheap music video leaves much to be desired, their actual song is pretty strong.

From the beginning, listeners will be able to guess which veteran boy groups inspired Please‘s sound. The instrumental’s haunting, dramatic piano refrain sounds almost identical to both VIXX‘s Error and Bigbang‘s Monster. Luckily, those are two incredible pop songs to emulate. I can’t fault BLACK6IX for modeling themselves after some of the very best. The chugging dance beat and synth-assisted chorus create a dense, propulsive soundscape that starts the guys off on the right foot. It’s a somewhat mature sound for a debut group, but I like that it throws back to trends from 2013/14 rather than jump on what’s popular right now. This strategy may not yield commercial success, but it gives the song a nice, classic feel.

Melodically, Please‘s chorus strings together a series of soaring refrains. It’s almost too similar throughout to have the kind of dynamic effect that it’s aiming for, but it’s refreshing to hear a song that utilizes this style of sustained notes for such a large portion of its structure. Listening with 2017 ears, you almost expect the track to break down into more staccato sections, but it never does. This smooth connectivity might just be Please‘s greatest strength, even if it’s the same aspect that limits the song’s overall memorability.