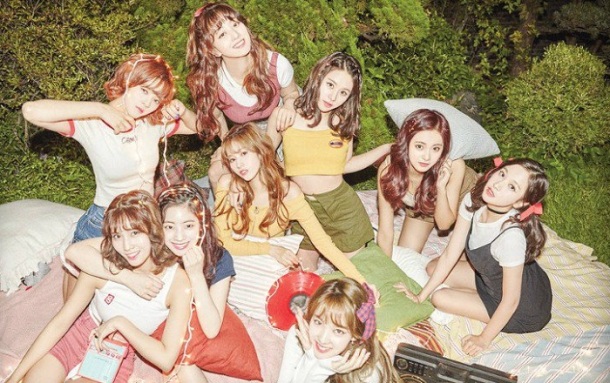 In 2017, Twice has continued to dominate charts and secure their position as the number one girl group in Korea. But neither of their singles this year packed quite the impossibly contagious, long-lasting effect of their opening Like Ooh-Ah/Cheer Up/TT trilogy. This can be traced directly to production duo Black Eyed Pilseung, who sat the last two comebacks out. To most listeners’ delight, they’re back at the wheel with the bright, bubbly Likey — and Twice’s trademark sound is re-established.

At its best, Twice’s music marries freewheeling, quirky verses with choruses that offer an unadulterated shot of pop efficiency. Likey borrows elements from all three of their BEP-produced tracks, but it feels most like a successor to TT. This time, the instrumental bounces with a warmer, more jubilant burst, incorporating flourishes of commanding brass and an ever-escalating synth line. It’s an incredibly full sound, especially when compared to TT‘s more skeletal production. This all-encompassing approach comes to an exhilarating climax during the song’s energetic dance break just before the final chorus. And best of all, there’s no tropical house to be found!

Though Twice has never been marketed as a vocal-driven group, the girls sound more assured than ever during Likey‘s lively verses. From moment to moment, there’s no clear indication of which direction the track will move next, and Likey takes full advantage of this spontaneity with a brief (but surprising) dip into all-out hip-hop during the song’s bridge. Of course, the true testament of a great Twice comeback is that eminently singable, stuck-in-your-brain central hook. Likey‘s catchy repetition of its title is right up there with the group’s most indelible refrains, but it’s smartly tethered to a more fleshed out chorus that keeps the song from devolving into pure novelty. This genre-conquering, meme-spawning version of Twice is most definitely back, foregoing trends to double down on the sound that first made them such a force in k-pop.