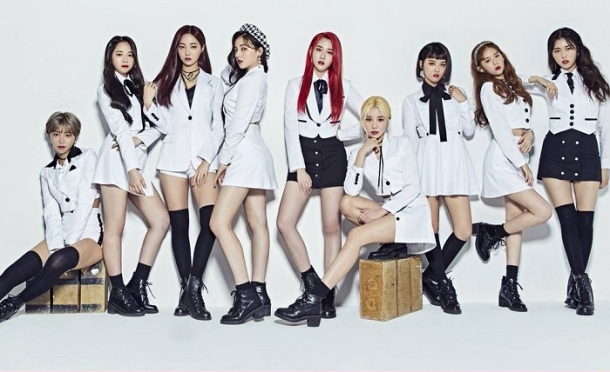 Late last spring, Momoland were rescued from obscurity by member JooE, whose blissfully hyperactive performance during an EDM remix of the group’s single Wonderful Love went viral. Though Momoland released another mini album soon after, they haven’t fully capitalized on this notoriety until now. The girls have always promoted light, upbeat material, but BBoom BBoom (뿜뿜) steers closer toward pure novelty. The double-consonant romanization of its title alone should make it clear that this is not Shakespeare we’re dealing with.

Nope, we’re firmly within the goofy side of k-pop — and that’s okay. With the likes of Crayon Pop and Orange Caramel all but disbanded, the industry could use a jolt of unfettered silliness. Propelled by a sticky brass loop and simple electronic pulse, BBoom BBoom aims to become ear candy from its very first moments. This is the kind of peppy disco-pop T-ara used to deliver on the regular, and Momoland would be wise to pick up where they left off. They’ve made a good first step by pairing with producer Shinsadong Tiger, who combines moments of EXID-esque melodic surge with a perky, agreeable energy.

In this way, BBoom BBoom includes many elements that current k-pop has been missing, but its central hook feels underdeveloped. It’s not quite catchy enough to become a novelty, and not ambitious enough to anchor the song’s sense of lightweight fluff. Then there’s that second verse breakdown, where BBoom BBoom suddenly attempts a grimy hip-hop makeover. I can see this kind of sonic shift becoming a trend with girl groups, especially since it worked so well for Twice in Likey. But it feels awkwardly out of place here, and only lends the track a sense of gimmicky disposability.