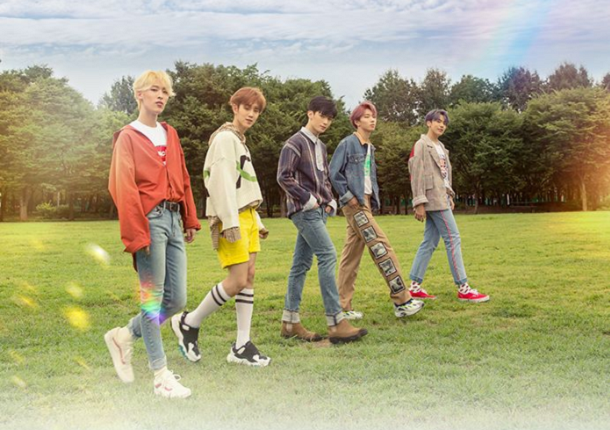 Nothing Better may be the main title track from Seven O’Clock’s new mini album, but it turns out that there is something better to be found in the form of Searchlight. I’m not sure if the guys will be actively promoting this song as a sub-title track, but it was smart to give it some attention — even if it’s in the form of a low-budget (and overly filtered) music video.

Like Nothing Better, Searchlight calls back to K-pop’s recent past. But by streamlining its focus, the song increases its power. This is the kind of spacey, synth-based dance pop that used to be ubiquitous before Korea discovered tropical sounds. It’s paired with a melodic heft that allows for a welcome use of the guys’ impressive vocals. There are no energy-killing breakdowns or meandering verses to be found. Seachlight is a song that knows what it wants to be, and that single-mindedness helps craft a solid structure that pays off.

The instrumental chugs along with a constant sense of build, cresting during the first half of the extended chorus. I’d never paid much attention to Seven O’Clock’s voices before, but they’re given a wonderfully layered effect here that is immediately captivating. It all climaxes in a final, key-change chorus that brings the kind of dramatic arrangement most of this year’s K-pop has been missing. Searchlight lacks that one extra piece that would transform it into a total showstopper, but it’s an undeniably strong effort from a group that many had likely written off after such a lengthy hiatus.