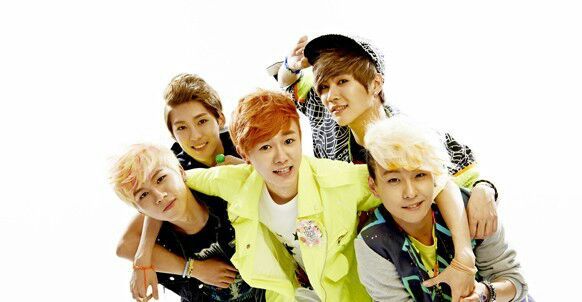 Was the title of this review dramatic enough to get your attention?

I’m well aware that words like “…of all time” are only inviting pushback, and that the definition of “underrated” is completely subjective. Most artists and songs that get tagged with the “underrated” descriptor have in fact found a dedicated audience. Their fanbase may not be as large or vocal as others, but it’s still there.

In a completely different category, then, are those tracks that fly completely under the radar, so underrepresented that most K-pop fans don’t even know they exist.

That’s where we find Ask Her Out (고백해), by boy group Demion. I doubt whether many (if any) of my readers have heard this song. I’ve wanted to write about it since The Bias List’s inception, but I knew that something so obscure needed a bombastic title to get anyone interested in actually listening to the track. And while there are countless b-sides and title tracks that could rightfully be considered underrated, Ask Her Out has always felt like a would-be classic trapped by its lack of budget and name recognition.

The story of the song is all too familiar to K-pop fans. Released by a group who disbanded shortly after, composed by a team who only ever churned out a handful of songs, and given a bare-bones music video that looked more like a variety-show trailer, Ask Her Out was set up for failure before Demion even debuted. Its lack of attention isn’t surprising, even if the song itself is dynamite.

Ask Her Out was released in the fall of 2013, back when the chorus was still king. And boy, does it have a good one. In fact, the song leads with its hook, though piano subs in for percussion and the brassy production hasn’t yet exploded. This dramatic opening only serves to enhance the moment when the instrumental fully kicks in. Like my favorite K-pop song of all time (The Chaser), Ask Her Out’s chorus is underlined by gargantuan slabs of bright brass, ceremonial in their exuberance. A chugging, synth-fueled beat frames the verses, but it’s really just keeping time until that layered hook slams back in.

The melody here is fleshed out in a way so few are these days, rising and falling along a central theme but growing lengthier and more galvanizing as the song goes on. Additional instrumental hooks are brought in for the track’s climax, giving in the send-off it deserves. Demion’s performance was ultimately too generic to stand out, but their vocals sound assured nonetheless. It’s a shame we’d never hear from them again.