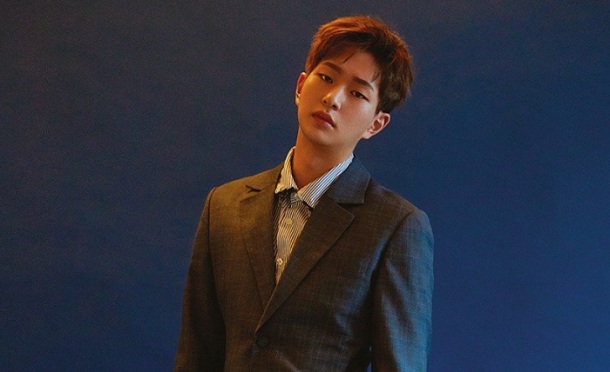 The much-dreaded (but inevitable) SHINee hiatus begins next week when leader Onew will begin to serve his mandatory military conscription. Before that, he’s gifted fans with his very first solo album — a collection of ballads appropriately titled Voice. His rich tone has been an anchor for so many SHINee songs, but I don’t think we’ve ever heard him perform like he does on Blue. I’m not usually a huge ballad-lover, but this song’s powerful simplicity proves to be quite compelling.

Focusing on his lower register, and projecting to near operatic levels, Onew forgoes many of the K-pop ballad tropes for something more resonant and timeless. Driven entirely by piano and strings, Blue‘s lack of percussion is striking. Like the title of his album suggests, it’s a song led completely by Onew’s vocal phrasing. In this way, it feels ripped from a musical. We don’t get the expected build of an OST-style ballad. Instead, each drawn-out chorus becomes its own mini climax, performed with gut-wrenching emotion and a patient pace that trusts its listeners.

The expressive layers of strings — especially the haunting, second verse instrumental break — give the song a cinematic appeal, heightening the mood but also providing the kind of empty space we rarely hear in K-pop. I would never have expected SM Entertainment to attempt an arrangement like this — especially on a title track. But, the gamble pays off. Blue is not a song for every moment. It’s too specific for that. But, sometimes it’s better to narrow your focus to a distinct tone and absolutely nail it.