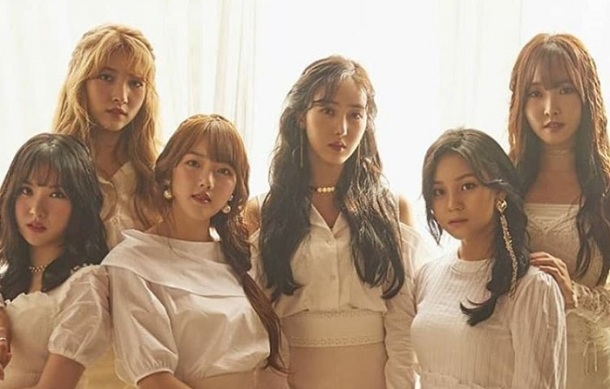 Over the past few years, GFriend’s title tracks have gradually transformed. Their are still hints of their “powerful innocence” concept, but with the absence of producers Iggy and Youngbae, their sound has grown more nuanced. It’s a shame that we’re unlikely to hear a Fingertip-style banger again (at least as a promoted single), but the group has adopted an ornate, almost suitelike sound that suits them almost as well. Songs like Time for the Moon Night unveil their charms gradually, making them growers rather than instant hits. I predict the same trajectory for new single Sunrise (해야). I’m not yet completely smitten, but I’m curious to see how it grows on me.

Sunrise begins where Moon Night left off, employing a similar symphonic sound and graceful melodic structure. The two songs share the same composers, who seem to have a rock-solid vision of where they want to drive GFriend’s music. Sunrise ups the tempo after a brief piano opening, giving the song some kick as we build toward the chorus. The verses veer from languid to sprightly with a balletic finesse, though the melody itself doesn’t leave much impact.

In contrast, Sunrise‘s chorus is quite instant, marrying the sentiment of Rough with the lyrical style of Memoria. Like most GFriend singles, it has a robust, fleshed-out appeal that’s deepened further by an orchestral post-chorus refrain that ties everything together. Vocally, Sunrise feels like the most overwrought arrangement the girls have ever been given. It builds to a fever pitch of power notes, with some faring better than others. I’m all in for the drama, but I kind of wish the climax balanced the reach-for-the-sky vocal moments with a more bombastic instrumental. With that said, I will never complain about a Yuju power note. As usual, she steals the show (though Eunha more than holds her own).