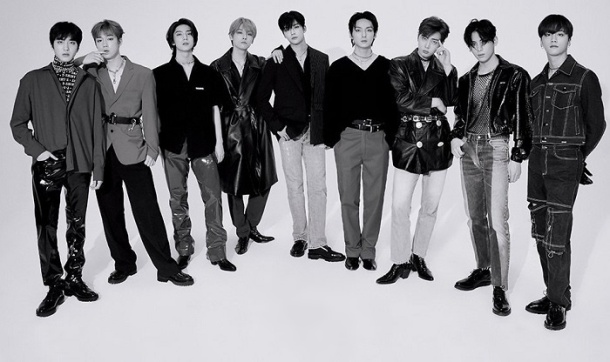 While it’s certainly not the only factor in making a successful idol group, I’ve always thought that a distinct sound and concept is important. As solid as SF9’s singles run has been, I struggle with the haphazard nature of their discography. On one hand, they should be applauded for attempting a diverse spectrum of styles. But, it never feels like they have an opportunity to build on any of the sounds they tackle. With each new comeback, it’s on to something different.

Given member Chani’s involvement with hugely successful drama Sky Castle, this seems like the perfect moment for SF9 to really break through. However, I don’t think that new single Enough (예뻐지지 마) has the necessary uniqueness to push them over the edge. It’s a polished song, no doubt, but sounds too much like every other boy group out there. This is especially evident during the forgettable verses, which bop along to a languid, reggae-inspired beat. Over the top is an utterly generic melody, interspersed with affected blasts of hip-hop that do little to set the guys apart from the pack. There’s no momentum or imagination in these segments, just regurgitation of trendy “we’re too cool to put much effort into this” posturing. Honestly, I couldn’t be more sick of this moody approach.

Enough’s chorus is better, even if it hinges on a “ya ya ya” hook that never amounts to much. At least the vocals and production combine to create a moment of climax, made even stronger by an ace power note towards the end of the track. The instrumental breakdown during the bridge is also effective, bringing in some funky synth to give the lethargic instrumental extra kick. But ultimately, Enough is boy-group-by-the-numbers forgettable, never matching the excitement of either of their 2018 title tracks.