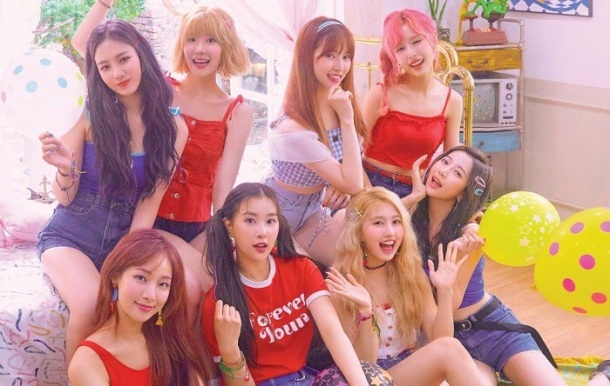 Rookie girl group Nature have mostly flown under the radar so far, but they’re slowly developing a fun, bubblegum pop discography that points toward even better things to come. Looking back, last year’s Allegro Cantabile and You’ll Be Mine were both working out the kinks in preparation for a song like I’m So Pretty (내가 좀 예뻐). Cringeworthy title aside, this is the most polished the group has sounded yet.

The most refreshing thing about Pretty is that it completely sidesteps today’s K-pop trends. I’ll always love songs that feel like they could have been released in any era, and Pretty hearkens back to a time when K-pop used to supply that feeling on the regular. After a brief explosion of synthy brass, the track bounds into its exuberant, stomping pop beat. The delivery during these verses maintains Nature’s cute image but thankfully shies away from over-affected aegyo. From here, the song hits a brief hiccup during its disruptive, brassy pre-chorus, but quickly rights itself.

I’m So Pretty’s strongest hook is repeated often, first as a melodic response within the otherwise unadorned verses, and then as the killing point of the lively chorus. This chirpy refrain is instantly endearing, and offers a great anchor for the track. Even when things go a bit off the rails during a sing-song second verse, Pretty’s indomitable pop instincts are able to keep things moving. In a summer plagued by low-energy disappointments so far, I’m So Pretty’s invigorating verve may be just the jolt July needs to finally wake up and get going.