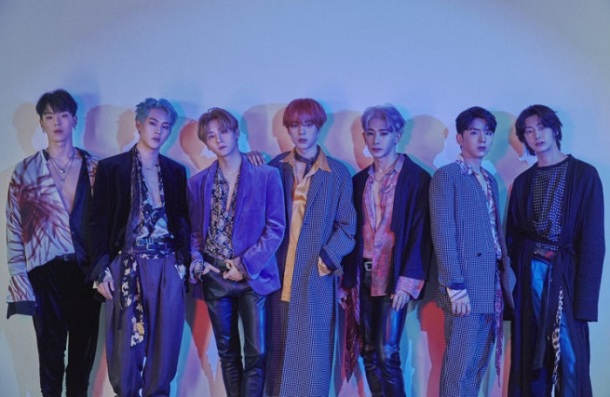 Never one to miss an opportunity, Monsta X have been releasing a non-stop stream of music over the past several years. Between Korea, Japan and America, they’ve got to be one of the most prolific artists of this generation. Though it’s been over eight months since their last Korean album, the wait hasn’t seemed nearly that long. As the group’s discography has grown, their sound has become more diverse. You wouldn’t necessarily know it from their title tracks, but their b-sides have slowly begun to paint the picture of an interesting, genre-bending act.

For the first time, new single Follow takes that experimentation to the group’s promoted material. Though the track retains their big, blustering energy, its jam-packed instrumental offers a few surprises. Chief among these is the central synth drop, which has a middle eastern feel. It veers dangerously close to grating, but the uniqueness in tone successfully sets it apart from the many EDM-structured tracks cluttering the market. The verses and pre-chorus are even stronger, stuffed to the brim with aural cacophony. Rather than beat you into submission, this density compels a closer listen.

I’m not as sold on Follow’s repetitive chorus. I like the brashness of it, but I also know that a more developed hook would have shot this into the stratosphere. On the plus side, this is the first Monsta X single in forever where the rap verses are an asset rather than a distraction. There’s no “I’m an alli-alligator” here. Instead, the rap makes a perfect match for Follow’s propulsive rhythm, especially during the track’s latter half. Even the expected second-verse slowdown isn’t a total buzz kill. Monsta X have made their name on bringing big, boisterous energy. Follow isn’t their best overall song, but it’s a solid delivery method for their over-the-top bombast with just enough twists to help it stand out.