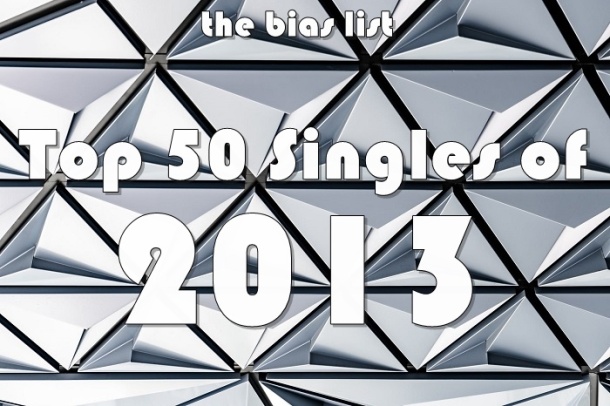 2013 was a high-concept, musically diverse year in K-pop. Hip-hop hadn’t yet taken over, and melody was still king. Instrumentals aimed for the rafters of stadiums, bringing in explosive guitar, sledgehammer beats and bombastic electro riffs. Songs played around with structure in artful, unexpected ways, often polarizing opinion before unveiling themselves as future classics.

Here are fifty of those classics, ranked all the way up to my favorite song of 2013!

Curious what I thought about other years? Check out all of my year-end countdowns here!

Hush reinvented Miss A as purveyors of powerful, structurally diverse dance pop. It has a tremendous build, supported by strong harmonies and a killer vocal arrangement.

A.D.T.O.Y pairs slow-jam r&b with symphonic strings and a stuttering beat. The track is one long series of builds and releases, pulsing forward with a compelling sense of pathos and a newfound emotional maturity that allowed 2PM to go deeper and more resonant.

From the breakneck pace of its refrains to the aggressive siren call of that unflagging beat, Rocking is like its own dance-pop generator, constantly spinning off energy only to come back stronger again and again.

A paranoid attack of gothic synths and taut rhythmic structures that wind themselves to the point of breaking, Hyde is a chase that never ends, and provided for some of the most dramatic and innovative choreography the group has given us.

As the only JYJ song produced by Sweetune, Only One is a pairing of the powerhouses. The track merges robust vocals with propulsive production and soaring melodies. What else could you possible want?

The heaviest single in Block B’s arsenal, with an abrasive hook that shares as much with punk rock as it does K-pop. It’s also the best use the group has ever found for maknae P.O.’s rough, commanding vocals.

One Shot knows how to use B.A.P’s best and most characteristic affectations. The rap is on point — menacing and charismatic. And the chorus, with its operatic backing and immense flair for the dramatic, gives the track the aura of a blockbuster.

Expectation ushered in a more daring sound and image for Girl’s Day. It’s impossible to resist the song’s explosive hook and that fabulous pinwheeling melody during the verses.