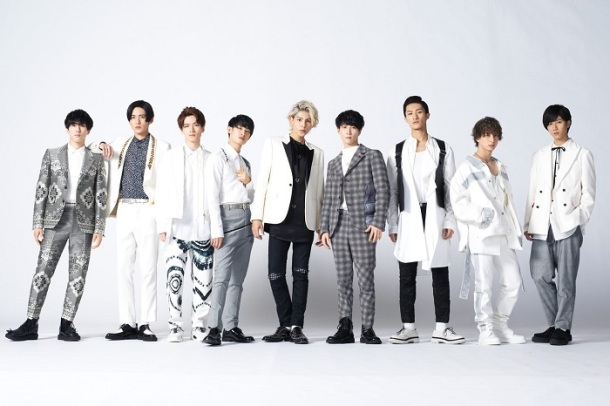 As part of Johnny’s Entertainment’s dual-debut week, Snow Man joined SixTONES in releasing their first official single. With an age range from sixteen to twenty-seven and a nine-member configuration, they’re a bit of a hodgepodge group, unified by their skill for dance and acrobatics. While SixTONES introduced themselves with an unexpected sound in the rock-tinged Imitation Rain, Snow Man’s D.D. is an unadulterated shot of upbeat Johnny’s.

There’s nothing wrong with that, and the fact that we’ve heard the likes of D.D. before doesn’t make it any less thrilling. This kind of big, propulsive dance track tends to be my favorite style the agency produces, and it makes a perfect match for Snow Man’s energetic, mile-a-minute performance style. The song kicks into gear right away with a dramatic introduction of pulsing alarms and blaring synths. After teasing its blockbuster chorus, D.D. quickly swerves into a confident, chugging verse. This doesn’t leave much room for vocal showcases, but I think Snow Man is more about energy than anything else.

The instrumental briefly drops out just before bursting into the chorus, which pulses like the brilliant EDM-pop songs of the early 2010’s. D.D. is anchored by a mammoth hook that pulls no punches, ebullient and addictive. It proudly embraces its own ridiculousness, which lets the listener let down their guard as well. A dubstep-inspired breakdown precedes the song’s bridge, bringing in distorted guitar to up the drama and give the guys plenty to chew on. Every element of the track has been turned up to eleven, which may feel a little off-putting to those who don’t listen to this kind of J-pop often. But, this is the kind of high-octane pop confection that Johnny’s has built their name on. I’m happy to see the new guard continuing the legacy.