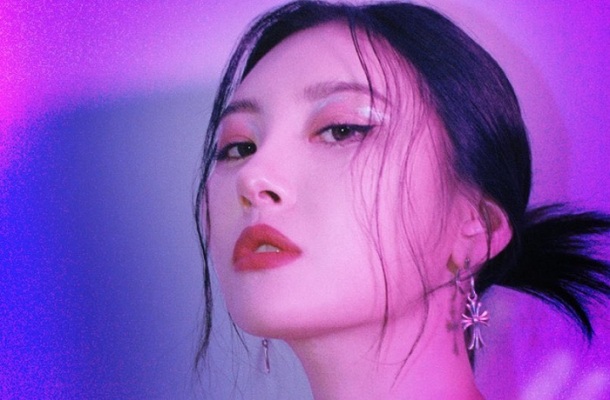 Sunmi’s comebacks are frustratingly infrequent, and usually involve little more than a digital single. But when she really delivers, the months-long wait is worth it. Pporappippam (보라빛 밤) pairs her once again with producer FRANTS, who has co-composed most of her post-2018 material. The two are a match made in heaven, especially when they draw influence from the 1980’s. Pporappippam does just that, offering a modernized take on the retro city pop genre.

One listen to Pporappippam, and it’s like last year never happened. The song continues right from where 2018’s Siren left off, delivering a blissful synth-powered beat with touches of funk guitar. I don’t know if it was intentional, but the synth strings that open the track remind me of the iconic introduction to Madonna’s 1986 classic Papa Don’t Preach. From here, the song is completely indebted to musical nostalgia, but it never becomes a pastiche. Sunmi injects her own musical personality most strongly during the standout pre-chorus, which has all the heft of Heroine’s drop without completely interrupting the flow of the track.

Pporappippam’s chorus is pure summertime bliss, chugging along with a breathy hook, sparkling synths and a welcome dose of disco rhythm. As we veer into the bridge, the track brings in filtered guitar, which is a gorgeous addition. Rather than act as a short-lived gimmick, this instrumental touch hangs around awhile, providing an incredibly satisfying set-up for the final chorus. Some may call Pporappippam needlessly old-school, but that’s its charm. The track has a sense of fluidity to it, free from the drops and breakdowns that EDM and trap have thrust upon the global music market. From start to finish, it’s an uninterrupted joy. Not many K-pop songs can fit that criteria this year.