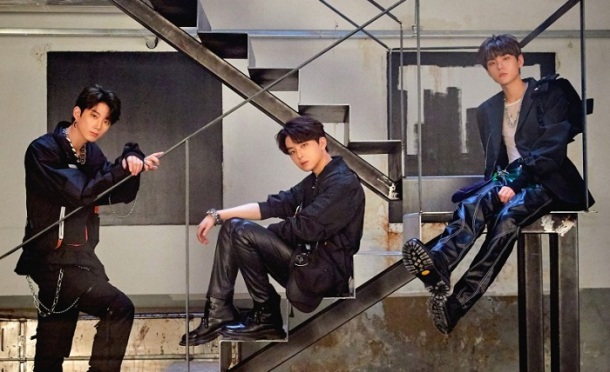 I’m a little confused about what BDC are. Apparently, they’re a pre-debut unit, similar to MXM. But, without a full group debut on the horizon, it seems as though they should just become permanent. There aren’t many trios in K-pop, and that approach might be refreshing. Whatever they decide to do, I hope their producers take influence from the incredible synth hook that anchors new single Shoot The Moon.

Synthwave has made a major splash in K-pop this year, and those genre elements forge the best moments in Moon. Elsewhere, the track is standard boy-group mood-bait, not unlike recent offerings from groups like Astro. Its verses are sturdy but unexceptional. Things begin to heat up when we hit the song’s pre-chorus. The beat twists into something funkier and Shoot The Moon develops a real pulse. This climaxes in an even better segment, offering a chant-like hook over that resounding synth line.

The texture of this synth reminds me of the one used in Seventeen’s 2018 single Thanks. It’s an extremely resonant sound, and should have been used more judiciously throughout the track. I understand why the producers chose to keep it as a climax rather than a constant backbone, especially since it gives the song something to build to. Still, Shoot The Moon misses the opportunity to be excellent all the way through. Instead, listeners have to wade through a little murk to get to the good stuff. Luckily, the payoff is exciting enough to make this journey worth it.