Brand New Music had a frustrating year. AB6IX suffered the loss of their leader, as Youngmin left the group after a DUI scandal. Though their sales have remained relatively strong, it feels as if the guys have been kind of aimless ever since. Their 2019 deep house sound had tons of potential, but in 2020 it feels like they just threw anything at the wall to see what might stick.

Musically, trio BDC was more satisfying, but I still don’t understand what Brand New Music is hoping to do with them. I know they’re classified as a “unit group,” but is the plan to eventually add more members and make a proper debut? If so, I fear the Produce X 101 hype has already faded. I think I’d prefer that they just stay as three and promote more often.

Cube Entertainment continues to chug along, with (G)I-DLE leading the pack when it comes to hype and success. I might not care for most of their music, but the agency clearly knows what it’s doing by leaving most of the creative input to leader Soyeon.

Pentagon’s sales grew this year, though I think Cube could have sprung for more dynamic stages on this spring’s Road to Kingdom. In contrast to (G)I-DLE, the agency might have done well to take some of the pressure off leader Hui. Of course, with him now enlisted in the military, I guess that point is moot. It will be interesting to see where the agency goes with Pentagon from here out. Will primary songwriting duties fall to Kino, or will they outsource?

After a busy 2019, Cube seems to have forgotten that CLC exists. And though BTOB still has a dedicated fanbase, military enlistments have blunted some of their momentum for now. It feels like it’s time to bring another boy group into the fold. 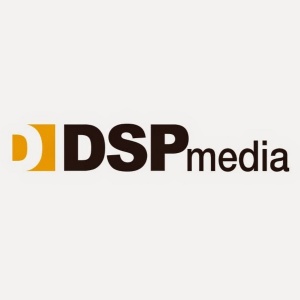 DSP’s list of “former artists” is much, much longer than their current roster, and I can’t say I blame those artists for jumping ship. Once an industry powerhouse, the agency has faltered in recent years. KARD continues to struggle domestically, although they have a dedicated foreign fanbase. But with member J.Seph out of the fold for now, I’ll be interested to see if they continue to promote as three. Their 2020 releases didn’t seem to garner much hype.

Girl group April is an even more frustrating case. They seem ready for an Oh My Girl style leap in notoriety, but they don’t get enough comebacks to make that happen. Their latest mini album was well-received, but the girls just kind of fell out of the spotlight during the rest of the year. This is despite member Naeun’s success as an actress and host. I’m also surprised that DSP didn’t leverage Dongpyo’s X1 hype to create a much-needed boy group. This is an agency in dire need of a big breakthrough.

Fantagio really did a nice job fostering Astro’s growth in the industry, and it feels like they’re taking advantage of that success now. I think it was a mistake to only release one mini album in 2020, but I’m happy to see that they’re exploring sub-units, finding work for the members not named Cha Eunwoo, and of course expanding Eunwoo’s popularity in dramas and variety. He is one busy idol, and I hope he’s not being completely overworked.

Weki Meki remains more of a challenge. It still doesn’t feel like Fantagio really knows what to do with them. Their concepts seem to vary wildly, and this is reflected in sales that just aren’t that great given the notoriety of some of the group’s members. I’m not sure what needs to be done here, but right now it just feels like they’re spinning their wheels.

FNC’s 2020 was a real mixed bag. On the plus side, boy group SF9 broke out after years of solid but unspectacular sales. I must admit that I never saw this coming, but I guess acting and variety helped buoy a momentum that was already there. N.Flying have also diversified their portfolio with a fun and diverse variety presence. It always surprises me just how well they do. FNC would be wise to give them more comebacks next year.

Unfortunately, the agency wasn’t so lucky with girl groups. They clearly have no idea what to do with rookies Cherry Bullet, who squandered a successful debut with infrequent promotions and a lack of individual identity. Meanwhile, just as AOA seemed poised for a Queendom-fueled resurgence, scandal broke and the group was all but forgotten.

On the bright side, FNC’s newly-debuted P1Harmony seems to have loads of potential, though I’m worried about how under-the-radar their promotion has been so far. On the opposite side of the age spectrum, veterans CNBlue recently returned from a long hiatus, yet their comeback was barely promoted at all.

Quite frankly, I’m worried for Jellyfish. A VIXX reunion seems unlikely at this point, as does any further promotions for Gugudan. Aside from soloists, this leaves the agency with only one idol group: VERIVERY. And despite slowly increasing their sales, the guys seem to be in the middle of an identity crisis. The style of their music has shifted majorly and suddenly, leaving fans like me in a lurch. And without successful veteran acts to bring in the capital needed for subsequent comebacks, I just don’t know what’s going to happen next.

Kim Minkyu was popular in Produce X 101, right? But, it seems like he’d rather act than be in a group. Ditto for Kim Sejeong, who seems worlds away from Gugudan at this point.

Kakao M includes both Cre.Ker and Play M as part of its house labels, so I’m combining them for the purpose of this write-up. And, this is where it pays to have the backing of an established powerhouse like Kakao.

Cre.Ker is killing it with The Boyz. And, I hope the constant workload isn’t killing the boys in the process! But strictly from a fan’s point of view, it’s hard to argue with the success of their 2020. The group has grown into a real juggernaut. Being able to showcase their inventive routines on Road to Kingdom was a brilliant opportunity. Members are active in variety and dramas, which is exactly as it should be with a group this large. For me, their music remains hit-or-miss, but their skill as performers is just growing and growing. Their future looks very bright.

Play M has also had a great 2020. Apink continue to be one of K-pop’s longest-standing girl groups. They don’t release a ton of music anymore, but they still grab attention when they do. New girl group Weeekly seem poised to pick up their mantle, debuting with a lot of positive attention. And Victon have managed to build upon their Produce momentum. Against all odds, they’ve become reliable album sellers after years of languishing toward the bottom of the K-pop heap.

Though Seven Seasons (Block B’s label) falls under their umbrella, ATEEZ were the only super relevant group KQ managed in 2020. And when an agency scores a hit like them, they really should be funneling all their attention in that direction. In some ways, KQ’s 2020 reminds me of where Big Hit was back in 2013-14. We’ll see what becomes of them in the coming years, but for now the agency continues to grow ATEEZ’s core sound and has really positioned them for massive global success.

It’s hard to say what role KQ does or doesn’t play in work safety, but it sure seems like this group gets injured more than most K-pop acts. They’re one of the acts I really worry about when it comes to exhaustion and physical care. If anything, KQ needs to find out how to balance the scales between “capturing the hype of the moment” and maintaining their artist’s personal well-being. But, this could probably be said for most agencies.

Check back later for part 2, where I’ll take a look at MBK, P-Nation, RBW, Starship, Top, TS, WM and Woollim!