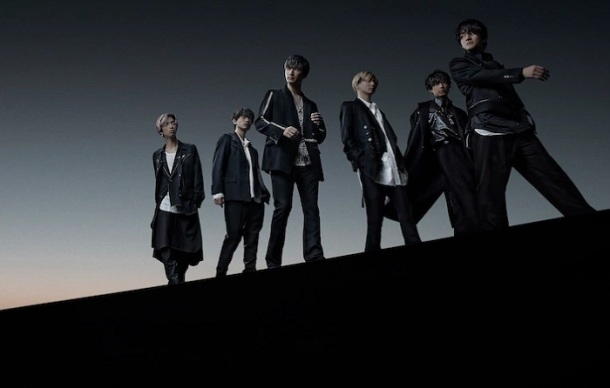 SixTONES have been taking advantage of their popularity with a veritable marathon of releases. A single in November, a full album in January and another single coming up next month. Johnny’s Entertainment does this occasionally with its acts, and it’s always a nice way to build momentum. New single ST arrives on the heels of the rock-fueled New Era, and covers similar territory.

New Era has grown on me since its release, and this has led me to enjoy ST more than I probably would have otherwise. It’s not a particularly unique rock song, and I’m not sure that it truly harnesses the elements that make SixTONES special. But, sometimes you just crave a driving guitar-filled anthem. ST barrels forward like the opening of an anime, built upon a kind of cathartic energy that will get your pulse moving. The melodies are solid as a rock, if not all that imaginative. But where a traditional rock band might rely on a single frontman or woman to provide the vocals, ST has a fuller sound thanks to JE’s tradition of ‘choruses sung in unison.”

However, ST lacks the kind of dynamics that made SixTONES’s debut such a thrill. I’m not saying that the song needs slower moments like Imitation Rain, but I would have loved to hear better-defined peaks and valleys. The track stays mostly at the same level throughout its running time, which threatens to become a little bland as it goes on. Still, this is a natural progression of the group’s sound, and if you’re looking for more diverse-sounding material, there’s plenty to be found on the album.