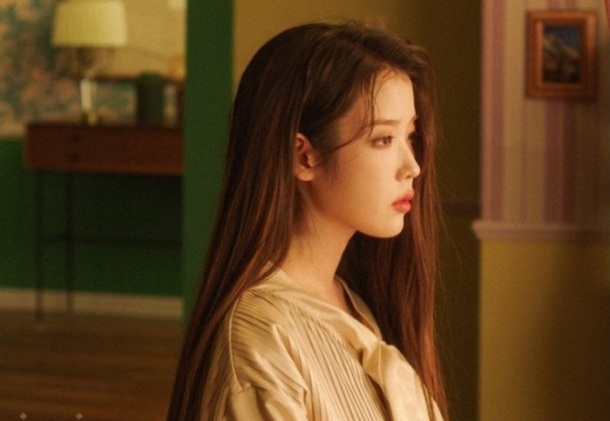 Taken together, IU’s past three singles (Blueming, Eight and Into the I-LAND) form an overarching sound that comes across as quite cohesive. They’re all feel-good, sing-along pop anthems, and I honestly can’t figure out why I haven’t played them more than I have. This style is a great match for IU’s vocal, and I’ll be curious to see if her upcoming album features more tracks like this. For now, we’ll have to do with Celebrity – a pre-release tease that fuses IU’s quirks with trendier production.

Celebrity wastes no time getting started. IU’s vocal ushers in the instrumental, which pulses with plonky synths that give the track an amiable, mid-tempo bounce. I’m not a huge fan of this sound, as it leaves little room for the kind of musical surprises that can make for standout verses. Thankfully, additional drums soon join the arrangement and give this segment some heft. I appreciate how Celebrity‘s central drop is accompanied by a melodic hook (which is then followed by a second drop… of course). It’s a nice centerpiece — enjoyable, if not revelatory.

What I don’t appreciate is the tinny percussion laid on top of this chorus. The hi-hat-like beat is a staple in modern EDM, and one of my least favorite sounds in K-pop. It’s included in nearly every track these days, and although I don’t mention it in most reviews, its texture is like nails on a chalkboard to me. I find this percussion particularly grating when it’s arranged rapid-fire, like some cheap EDM zipper. To me, it sounds more like scraping or grinding than actual rhythm. I think my ears are just especially vulnerable to these higher-toned sounds, but in a song like Celebrity they make the whole production feel chintzier.

Anyways… percussion-based rant over. I don’t mean to pick on IU herself. Like I said, this sample is featured on nearly every K-pop track of the past few years. On the whole, Celebrity is a fine pop song. I don’t think it’s as memorable or exciting as IU’s recent singles, but I have a feeling it will age pretty well.