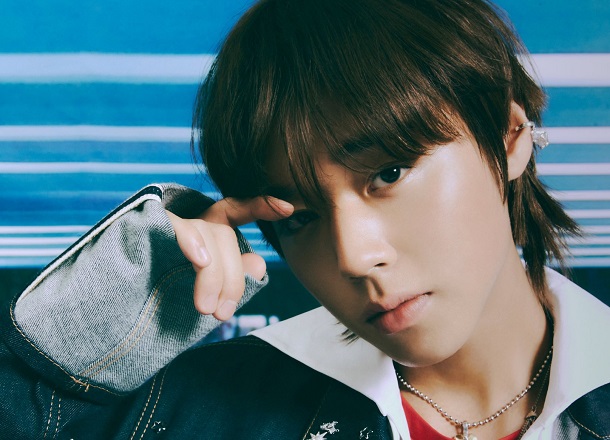 Park Jihoon is immensely charming (especially as an actor), but I’ve found his solo work pretty hit and miss. For every Wing there’s a Gotcha, making it difficult to identify the overarching sound his agency is aiming for. I hope they’ve settled on the funk synth style of new single Gallery, because this song is very strong.

In some ways, Gallery feels like a continuation of Kim Donghan’s excellent 2019 single Focus. Like that song, an instrumental hook proves to be the star of the show. Gallery is remarkably focused, but still makes room for engaging diversions that vault its energy to another level. The bass-driven verses echo today’s K-pop trends and aren’t particularly original. Yet, the production is so slick and groovy that the whole package manages to come across as fresh and exciting. I’m a sucker for this particular rhythm (part of why I adore JO1’s Born To Be Wild), and when Gallery jumps into its post-chorus synth assault, I’m in heaven.

With that said, the song could do with a stronger hook. The chorus is simple and repetitive, which works alongside the densely packed instrumental (love those strings and ad-libs!). But, the refrain lacks bite. Luckily, the verses compensate. Verse two is especially nice, veering from expected structure yet maintaining the groove as Jihoon flirts between rap and melody. It’s a smart way to keep the track engaging without upending its energy. And with that impressive synth solo waiting around every corner, this Gallery more than earns its price of admission.