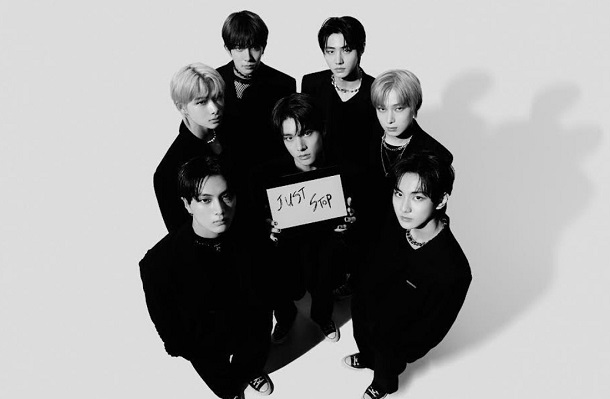 I hadn’t given ENHYPEN’s music much love until last year’s Dimension: Dilemma album, which finally began to carve out a musical niche that didn’t just rehash other HYBE groups. This was most apparent on the album’s rock-influenced tracks like Attention, Please. Given that song’s success, I’m happy to see the guys continue to explore an edgier sound. But, I would’ve preferred a proper release for Attention over new single Blessed-Cursed.

Blessed-Cursed has great intentions, and I’m totally smitten with the late-90’s aesthetic of its music video. But, the song ends up feeling too sluggish. Distorted guitar looms large over the track, from a searing loop to the power chords thrown over the pre-chorus. But, the beat doesn’t match this intensity. It needs to kick up the tempo big time, or at least opt for a more resounding thud in place of its trap percussion.

On the plus side, this may be the first time I don’t complain about vocal processing in an ENHYPEN title track! The song includes the requisite level of post-production fiddling, but the guys display genuine personality here. Their vocals have presence. Blessed-Cursed needs a much stronger series of hooks to take advantage of this charisma, but it’s a step in the right direction. At just under three minutes in length, the song is one chorus (and a bridge) short, ending with a whimper rather than a killer climax. It all feels like a missed opportunity, potentially laying groundwork for better things to come.