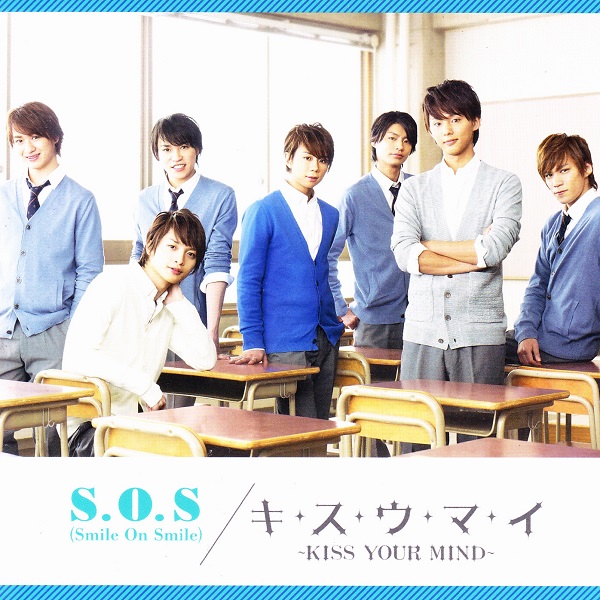 Just like the single it’s paired with, S.O.S (Smile On Smile) is an okay Kis-My-Ft2 track. It feels overly light and bubbly for them – very saccharine in its approach. I’m definitely not immune to a bright, joyful Kisumai song (I’ll be raving about a few of them before too long…), but this is an overly generic take on the style.

With that said, S.O.S is catchy as hell and has a jubilant vibe that’s hard to resist. Its chorus will be rattling around your head from first listen. There are some cool synth breakdowns sprinkled throughout the track, particularly as the chanted post-chorus arrives. The arrangement is straightforward and satisfying in its predictability.

The accompanying music video is silly and colorful, with some questionable styling and a cool use of treadmills/conveyor belts to enhance the choreography. Watching the guys mess around and fall all over the place during the ‘behind the scenes’ is pretty funny.

9 thoughts on “Reviewing Every KIS-MY-FT2 Single: S.O.S (Smile On Smile)”