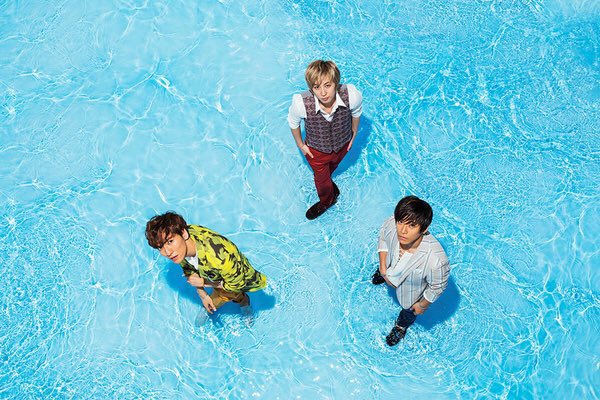 J-Pop group w-inds. have had a long and varied career, moving through different pop sounds as they’ve progressed as a group. Over the past few years, they’ve settled on a kind of throwback funk template that suits them well. With new single Backstage, they add some modern tropical house flavor, which results in a nice mash-up of the elements that make them so appealing.

With k-pop taking heavy influence from this tropical house trend, you’d expect Backstage to sound like everything else we’ve heard over the past year, but the song is actually content to ride a classic melody and vibe rather than conform to what’s currently hot in this genre. Backstage‘s melody is a breezy wisp, coasting by with incredible ease. Its simplicity reminds me of the teen pop that was all over the radio in the late 90’s and early 00’s. Even the delightful syncopation of its rhythmic instrumentation recalls simpler times, rather than feeling shoehorned in to appeal to what’s hot in the market right now.

This breeziness is both the song’s strength and weakness. While it’s an incredibly joyful track to listen to in the moment, it doesn’t exactly beg for further listens. There’s nothing surprising or particularly engaging about its easy structure. Though the vocals eventually crest into something of a climax in the final chorus, the song lacks those big moments that would give it the kind of dynamism needed to count it among one of the group’s very best. Even so, I’ll take this kind of pleasant diversion any day if it results in a song as fun and unforced as Backstage.

(Second link, if video is blocked)