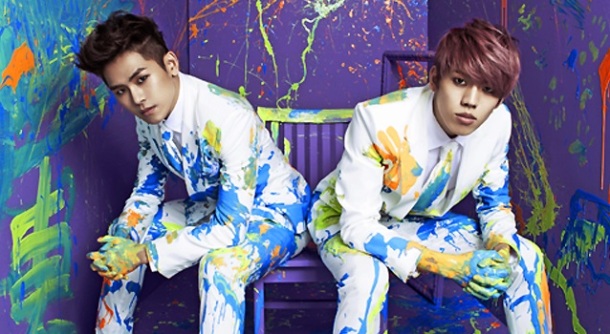 Though Infinite were far from the first group to promote as sub-units, they did an especially good job at it. It helps that the group has always had a great sense of diversity among its members. Their tones are very distinct from one another, and so are their personal musical influences. Several months after leader Sungkyu kicked off the group’s first solo/sub-unit promotions in late-2012, Infinite H debuted. Composed of rappers Dongwoo and Hoya, H’s material marked a hard 180 turn from the classic Infinite sound. Yet, the duo’s distinct personality tied their work together with the group’s overall discography.

Infinite H’s debut album spawned two singles, the first of which was Special Girl. It’s my personal favorite of the sub-unit’s promoted tracks, and does a great job showcasing their charms. The guys trade verses over a throwback beat that mixes a percussive kick with keys and squiggles of synth. It’s a fairly straightforward arrangement, but glides with an easy funk that instantly gets your head nodding.

Both Dongwoo and Hoya are more than capable of carrying a tune, but Woollim enlisted vocalist Bumkey for Special Girl’s chorus. Rather than overpower the track, he adds a bit of flair to a performance that doesn’t really need him. Both rappers offer a melodic post-chorus refrain that nearly outshines the hook that precedes it. Their rap verses are also delivered in a sing-song style that softens what might have easily become generic boy group posturing. It’s laid-back in the best way: confident, smooth and playful. And… there’s nary a bit of trap to be found! How incredibly refreshing.