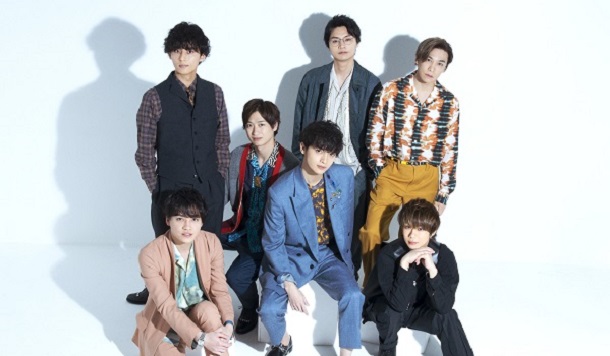 As entertainment industries around the globe slowed down in March, Johnny’s Entertainment powered ahead. The month brought us no less than three full JE albums, including one from my faves Kis-My-Ft2. Granted, these releases had been scheduled and announced months in advance, but it was still a nice treasure trove just when I needed it most. When it comes to Kis-My-Ft2 specifically, I consider 2016-2018 to be an imperial phase in their discography. Since then, their music has been solid but largely unspectacular. And, that’s also how I’d describe To Yours.

If you’ve heard any JE work in the past decade or so, you’ve already got an idea of how To Yours sounds. It’s peppy, punchy and catchy from the get-go. It thrives on power pop guitars and bubblegum melodies, built around a reliably upbeat chorus that swells in just the way great pop songs often do. Yet, there’s something about To Yours that sounds almost too familiar. It’s like a sonic sequel to 2018’s Kimi, Boku but without quite the melodic punch.

Much of this is down to the generic nature of the track. It doesn’t have much of a unique calling card in the way the group’s best work does. The introduction delivers some interesting percussion, fashioning everyday sounds (footsteps, sweeping, bike bells, etc) into a rhythmic backdrop. This could have forged an awesome through-line, but gets buried beneath all the other instrumentation as the track goes on. Of course, it’s nearly impossible to hate a song this chipper, and repeated listens have drawn out its charm. Still, I’m finding myself much more enamored with album tracks like the hard-hitting Make You Mine or theatrical Count 7EVEN.

One thought on “Song Review: Kis-My-Ft2 – To Yours”