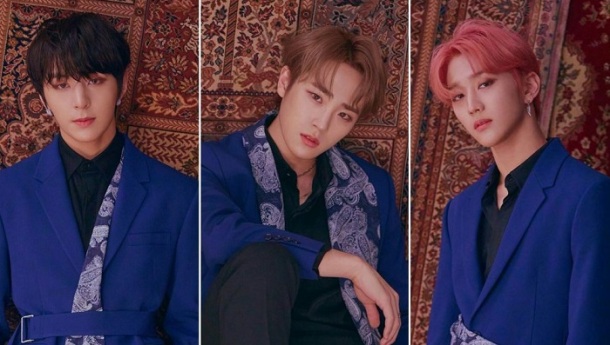 As the K-pop review community’s resident Goldenness, it’s my civic duty to inform you all that Golden Child released a new song. It’s not a full-group track, but I’ll take anything I can get. Love Shaker is an OST for the second season of web drama Best Mistake, and performed by vocalists Joochan, Y and Seungmin. As with many of these OST releases, the song is slight but enjoyable – made better by the guys’ always-solid voices.

As you might expect of a song supporting a teen drama, Love Shaker coasts on a perky tropical synth beat, not too unlike Golden Child staple I See U. The hooks here aren’t quite as potent, but the track has a pleasant melody that’s centered around a bubbling electronic drop. It sounds very much like a release from the summer of 2017, when this style was in full vogue.

Love Shaker’s greatest appeal lies in its pre-chorus, which features a smooth performance that delivers the track’s most sneakily catchy refrain. The chorus that follows doesn’t fully capitalize on this build, but offers a hazy, mid-summer aesthetic that feels especially refreshing during these days of stay-at-home initiatives. Ultimately, Love Shaker is nothing revolutionary, but this trio of vocalists blend so well with each other. I’ve always considered Seungmin to be Golden Child’s de facto third main vocal, even if he’s not officially designated as such. In the future, I’d love to hear these three paired again for a more explosive song that really shows off their talents.