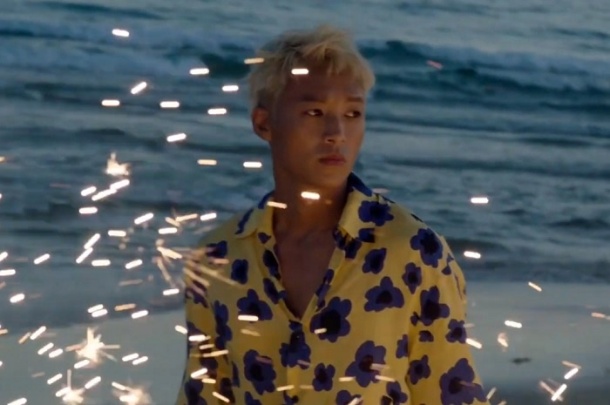 I don’t often write about C-pop, and tend to listen to it in spurts rather than all the time. But, I’m always up for a good retro summertime track, and Wu Jiacheng’s Wild Island (无名岛) delivers. I first became aware of Jiacheng through 2018’s K-pop/C-pop collaboration/competition show CYZJ, which I highly recommend. I was taken with his fun, upbeat personality and old-fashioned sense of showmanship. He rose to fame as the leader of boy group XNINE, whose small but solid discography incorporated everything from theatrical angst to Seventeen-like funkiness.

Jiacheng’s solo work leans much closer to funk, which is a particular forte of his. Wild Island harnesses the synth-heavy 80’s electropop that is becoming a burgeoning (and very welcome) trend across the globe. It does a particularly good job of it, placing Jiacheng’s rich vocal over a pulsing instrumental that feels incredibly refreshing. The verses move at a clip, even if the overall energy isn’t explosive. They’re wordy but rhythmic, which matches the Chinese language and phrasing well.

But, the true star of Wild Island is its surging chorus. From the production to the melody, it just washes over you like a good synth-pop track should. I can’t say that the song brings anything new to the table, but I don’t think that’s what anyone’s looking for when it comes to music like this. Wild Island is like a comfortable poolside afternoon, embracing the heat of the season while delivering icy synths to cool you down. I think this one’s going to become a staple of my summer playlist for years to come.