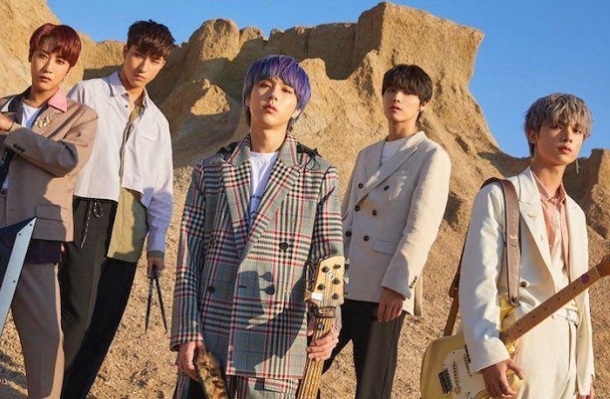 Though ONEWE have delivered some solid songs thus far, very few of them have actually felt like the work of a band. Rather than twist themselves to fit within other genres, I’d like to hear the guys tackle upbeat power pop that takes full advantage of each member’s skill as a musician. It’s funny, then, that the most convincing display of this comes via an OST release that wasn’t even written by the group.

About Her (그녀는 대체) comes from new K-drama Was It Love?, and is far from the drippy ballad you might expect. The track is a sprightly summertime confection, bounding on a rhythmic guitar loop and energetic percussion. The verses have an anthemic quality to them, made even more exciting by splashes of electric guitar. Unlike so many of ONEWE’s upbeat tracks, there’s no unnecessary rap verse to break up the flow. This is as straightforward as pop songwriting gets, and About Her benefits from this cohesion.

In an interesting twist, the entirety of the song’s chorus is performed in falsetto. Yonghoon is definitely up to the task, and this approach gives About Her an airiness that’s quite appealing. However, I can’t help but wonder how awesome the chorus might sound if given more layers. A harmonic blend would have worked wonders here, offering a beefier sound. Still, the light-as-a-feather arrangement has its charms, and delivers a refreshing respite from K-pop’s moodier, more bombastic fare.

One thought on “Buried Treasure: ONEWE – About Her”