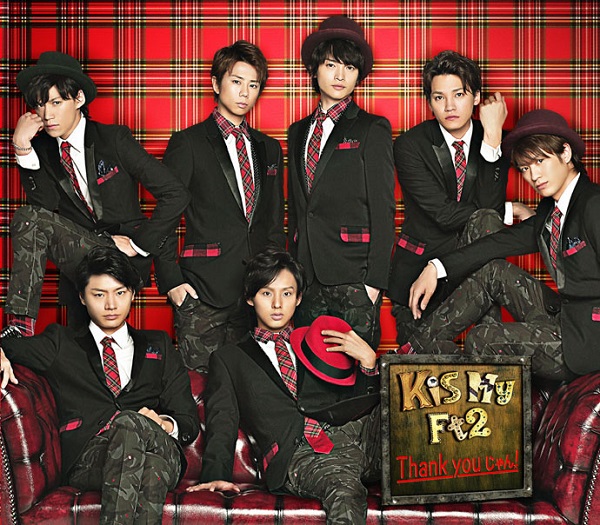 This is one of those singles that’s just wormed its way into my head over the years. When I first heard it, I kept asking myself “Who is Jan?”, before of course realizing that “じゃん” is a colloquialism and not someone’s name. Anyway, Thank You Jan is kind of a fan song/new year’s song/holiday song all in one. It’s performed consistently at concerts, most likely due to its crowd-pleasing nature.

While I wouldn’t put Thank You Jan anywhere near my favorite Kisumai songs, it does gain prominence the more you become a fan. Like pretty much everything in their discography, it’s sinfully catchy and bursting with energy that’ll get you up on your feet. The instrumental is buoyant and bright. I especially love the flourishes of rhythm guitar that buttress the song’s various segments. The melody has a strong seasonal vibe, making this one of the group’s more specific offerings. But, that chorus is like a big musical hug. It’s pretty hard to resist.

The music video is pure cheese, down to the incessant CGI and the Santa Claus outfits. Composition-wise, I’d be surprised if the director didn’t take influence from Daft Punk’s seminal Around The World mv. My favorite part is the frantic dance break, where the Christmas trees suddenly look like they’re going on some manic drug trip. It’s definitely a sight to behold!