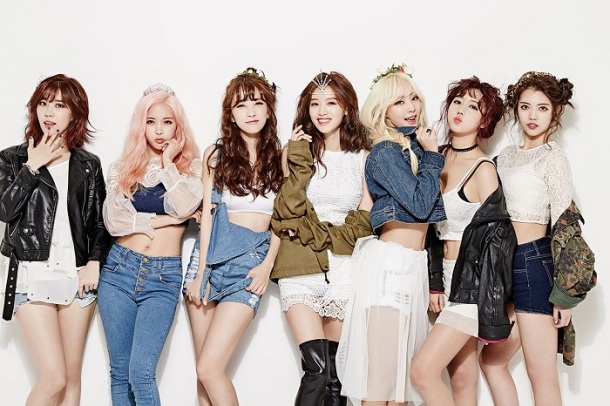 Girl group Rainbow have been kicking around the kpop world for quite some time now, finding great success in their first few years but struggling as of late. They’ve traversed through cute concepts, sexy concepts, and darker, more electronic terrain, and now they’ve returned with Whoo — a blast of pure, unadulterated pop.

Other than admiring some of their title tracks, I don’t have much of a history with Rainbow. However, as soon as I turned on the music video for Whoo, I was kind of smitten. January and February are ballad territory, but from the moment the song’s power pop guitar riff explodes, it’s clear that Rainbow are here for a very different reason. The track is F.U.N, without trying to reach any further than a hell of a good time.

That’s not to say Whoo rests on its laurels. I was struck immediately with the production and arrangement choices, which gives the verses added punch. The beat sucks back and punches forward, aligning itself with every vocal twist and offering a sense of variation that keeps the energy at a constant high. The choice to go with a strong synth rock sound gives the track a livelier, more in-your-face appeal than most of the group’s more dance-oriented material. The chorus could be a bit stronger, but the jubilant harmonies that close it out make up for some of the melodic repetition. All in all, this is my favorite Rainbow release in about five years. Color me impressed!