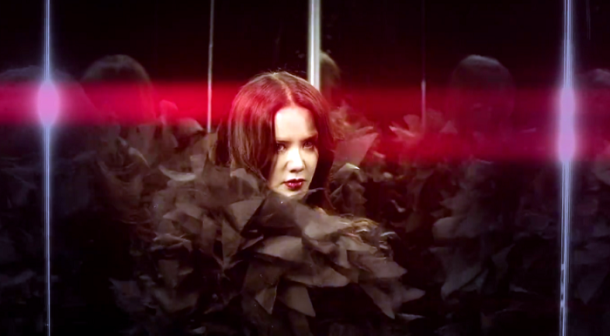 Take a bit of Madonna and mix it with Kylie Minogue’s club-friendly dance music and you have a western approximation of what Uhm Jung Hwa is to k-pop. Debuting as a musician way back in 1993, she’s releasing her first new music in eight years. Legendary comebacks have seemed to become a thing in 2016, but whereas Sechs Kies opted to remake old classics, Jung Hwa returns with a modern take on the sound that made her famous.

This is a smart move, reminding fans why she’s a force to be reckoned with while at the same time extending her career to a new decade. Dreamer is the first of two title tracks, and pulls a bit of its inspiration from the popular tropical house trend. Thankfully, this modern production choice doesn’t overpower the track. When it comes down to it, Dreamer is dance music at its most classic, favoring a pop melody over instrumental drops or one-word choruses. The instrumental uses a constant swirl of disco strings to give the track a lush, stately aura that compliments Jung Hwa’s breathy vocals.

Unlike many female k-pop stars of the moment, Jung Hwa’s performance relies on an icy, almost detached delivery that has really been her trademark since debut. It’s effortlessly cool, and not a style that many can pull off without seeming a little pretentious. The melody follows suit, never quite reaching a climax. It’s certainly catchy, but feels spacey and aloof throughout, as if it’s waiting for the listener to peel back the layers rather than present all of its charms at once. Piece for piece, Dreamer recalls the indie electro pop of western artists more strongly than anything in today’s k-pop world, which in it’s own way is actually kind of thrilling.