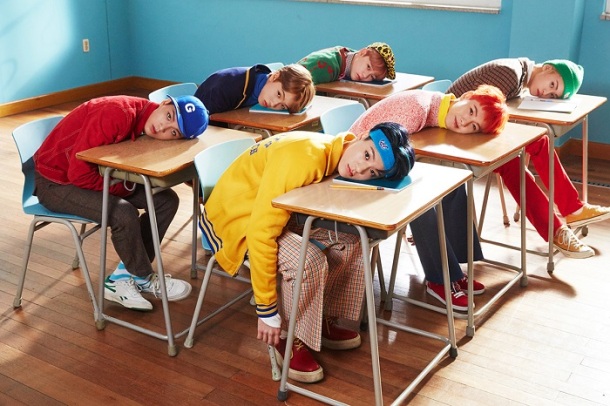 NCT Dream have only recorded three songs so far, but they’ve got a perfect record when it comes to crafting addictive pop music. I was a little worried when it was announced that My First And Last‘s b-side would be a cover of the 1993 Korean hit Dunk Shot. The original is a fine track in its own subdued adult contemporary way, but I wondered if it could translate to Dream’s youthful sound. Thankfully, SM enlisted Kenzie — one of their most consistent and prolific composers/producers — to update the song’s arrangement. And she crafted a total winner.

NCT Dream’s version of Dunk Shot heightens every element, from the glossy, guitar-assisted verses to the gorgeous harmonic blend of the chorus. I’m a sucker for the kind of euphoric hands-in-the-air chant that makes up the track’s central hook. There’s something unashamedly jubilant about it, and that conviction to a good time is infectious. Kenzie’s reinterpretation of the instrumental gives Dream’s Dunk Shot a glorious sense of build, culminating in a collage of vocal ad-libs that echo the original track while upping the energy a hundredfold. Rather than completely abandon the percussive island nature at the heart of the original, Dream has bolstered its best elements with bombast and added a sense of cheekiness that helps temper the track’s cornier urges. With songs this awesome, we really need a full length album!