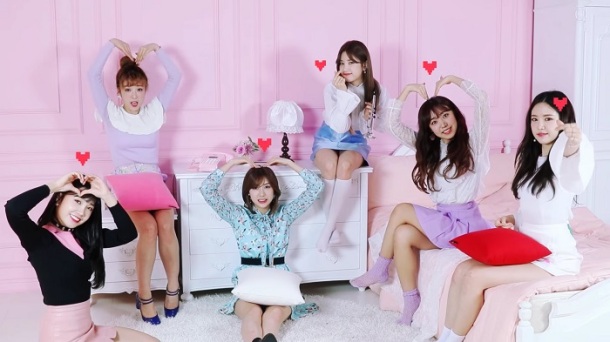 This time last year I was writing about Apink’s 2016 fan appreciation song, which managed to be a pretty solid representation of a sub-genre that’s severely limited in scope and creativity. There’s just not a lot you can do with this style of release. Always was never going to be edgy or inventive. Its production choices and melody aren’t designed to challenge the norm or display a growth in the group’s sound. Nope, Always is by design the musical equivalent of a greeting card. The sentiment is appreciated, but you’re not likely to keep it around for long.

And when it comes to sentiment, few girl groups are as charmingly approachable as Apink. They can rattle off a song as lightweight as Always with the affability it takes to sell it, and that turns out to be vital in this case. The song itself is three minutes of fluff. Its unobtrusive acoustic guitar instrumental floats along without fanfare or climax, while its breezy melody seems to dissolve immediately after it’s delivered. The girls give a solid, engaging performance, but there’s nothing much to grab onto.

If Always hadn’t been positioned as a celebratory anniversary release, I doubt whether it would get a music video at all. But this isn’t a song so much as a moment, and in a way it’s almost preferable that the music itself isn’t particularly interesting. This is all about the girls and their fans, and judged with that lens it’s hard to fault the final product’s cheerful appeal. I just hope the group remembers that the best way to appreciate their fans is to continue coming back with bigger and better material.