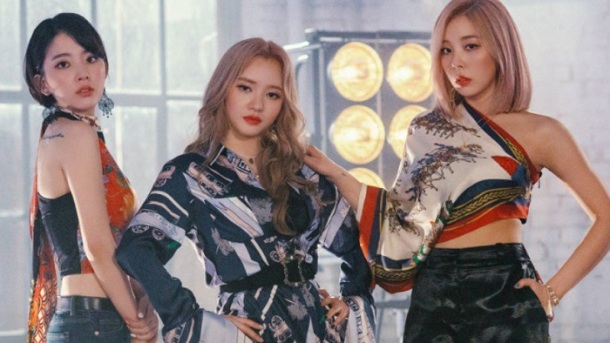 Since their return in 2016, Ladies’ Code have pursued a more muted, moodier pop sound. It’s been years since we’ve had a proper comeback from the girls, which makes it hard to predict where they’re at now when it comes to genre. Sure, leader Ashley delivered the under-cooked tropical pop of Here We Are last summer, but it didn’t feel indicative of the group’s overall style. It’s a welcome surprise, then, that new single Feedback (너의 대답은) comes across as a mix between their older, funkier material and the newly-matured aesthetic of their post-2016 discography.

A song like Feedback isn’t particularly ambitious, which makes it hard to justify giving it an explosive rating, but it nails the limited parameters it sets for itself. The track is an amiable blend of disco, pop and jazz, held aloft by a generous dose of rhythm guitar and a vampy, assured performance from the girls. The instrumental plunges us into Feedback’s central groove from the very first moment, instantly transporting listeners back to the late 70’s without feeling like a total pastiche.

Like so many verses nowadays, Feedback’s opening minute could do with some tightening. The production is incredibly focused — the melody less so. Luckily, Ladies’ Code impress with their mature vocals. There’s a luxurious tone to their delivery — full-throated when so many of their peers prefer chirpier, cuter styles. At times, Feedback feels more like something a soloist like Ailee would release. Its chorus doesn’t shoot for diva-style fireworks, but its perfectly laid-back, head-noddingly catchy construction goes down easy.