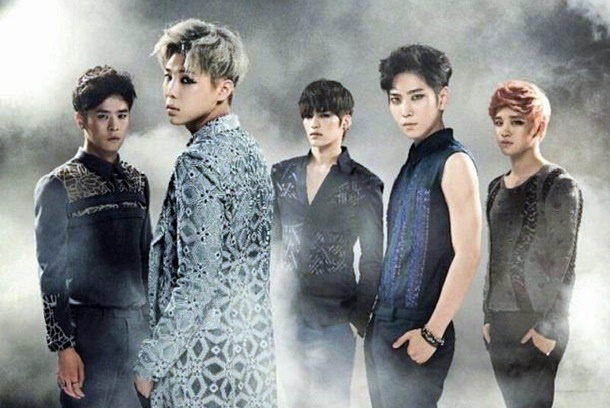 K-pop is littered with groups who never quite broke out, but Japan has become a savior for some of these struggling acts. F.Cuz (pronounced “focus”) first debuted all the way back in 2010, and got swallowed up by the competition. Luckily, a moderate level of Japanese success has kept their careers going. Throughout the years, the group released some truly undervalued music, with their very best work targeted toward the Korean market.

Cha-Ga-Wa was the group’s final promoted Korean comeback, though they’ve delivered some digital singles since. The song is indicative of 2014-era K-pop, and a representation of a specific idol sound that doesn’t really exist anymore. It’s hard-hitting without being dark, and hype-inducing without relying on hip-hop or EDM drops. Instead, Cha-Ga-Wa offers a straightforward piece of dramatic electro pop, highlighted by an excellent chorus. The verses unfold with a gradual build. They almost have the tone of a ballad, but are underlined by propulsive production that keeps the energy high.

Cha-Ga-Wa’s emotive chorus is much more fleshed out than we hear nowadays. It’s structured in two parts, with both segments working in tandem to deliver an anthemic sucker punch. If a song like this were to be released in 2019, I’d expect to hear the first few lines of its hook followed by some gritty EDM or trap breakdown. It’s just a completely different approach here. Some might call it old-fashioned, but modern K-pop could do with more of a nod back to this addictive era.