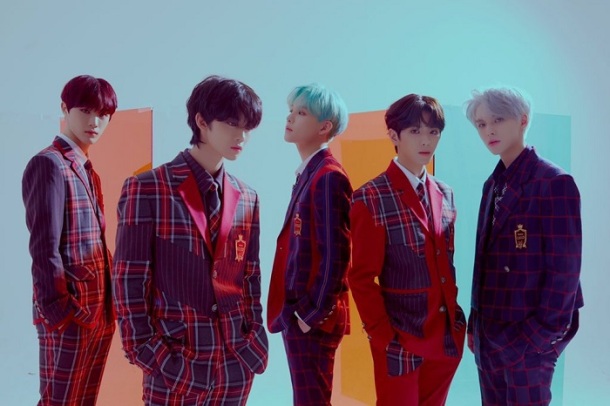 Rookie group CIX seem to have their sights set on EXO’s sound, but in a pretty narrow way. Rather than borrow the more bombastic elements of their title tracks, most of CIX’s songs feel more like the kind of mid-tempo r&b that often laces EXO’s albums. In a world of trap and tropical, this is not a bad lane to take. But for me, none of CIX’s music so far has managed to marry their polished style to an engaging melody.

New single Numb (순수의 시대) mostly picks up where July’s Movie Star left off, sharing the same composers/producers. As such, I have many of the same quibbles with the track as I had with their debut. Numb casts an appealing mood – kind of sultry but also aggressive when it needs to be. CIX deliver an assured performance, awash in harmony and understated swagger. But, nothing about the song really pops.

Maybe it’s just a matter of taste, but like Movie Star and Japanese debut My New World, I have a hard time recalling any of Numb’s melodies once the track has finished. Its catchiest moment is its slinky pre-chorus, but everything else just feels like melodic phrasing without any real variation or invention. I found Movie Star’s English-language chorus to be annoyingly repetitive, but Numb’s boisterous, EDM-drop hook is even less inspiring. I feel bad, because there’s nothing about this track that’s objectively poor. It just does absolutely nothing for me, and more and more I’m starting to think it’s a matter of the producers’ musical sensibilities being miles away from my own.