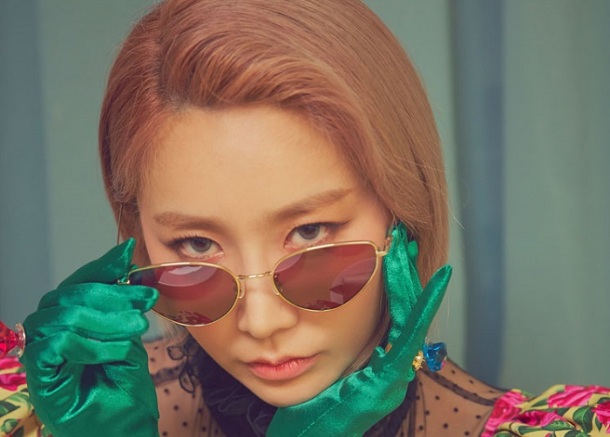 It’s hard to believe there was a time when Brown Eyed Girls were gifting K-pop with mainstream blockbusters like Abracadabra and ambitious opuses like Sixth Sense. The group – and its members – has since moved on to more niche material, including a genre-hopping covers album late last year. Solo releases have been infrequent, and generally outside the mainstream. That’s completely fine. After all, at this stage in their careers, no one in the group has anything to prove to the K-pop industry.

Leader JeA has found a successful formula by pairing with a popular female rapper for her most recent title tracks. Last year, she enlisted Cheetah for the powerful Dear Rude. Now, she’s paired with Mamamoo’s Moonbyul for the jazzy Greedyy. It’s an intimidating duo, for sure, but the song itself feels a bit slight by comparison.

I think some of that is just down to personal taste. I’m not a huge fan of this kind of piano-led – almost vaudevillian – pop music. In the case of Greedyy, it’s mixed with more straightforward r&b, and is greatly improved upon by JeA’s always-solid vocals. Moonbyul makes a nice foil, offering a contrasting tone and flow that matches the nimble instrumental. And though I don’t see myself playing this often, I do enjoy the chorus. It’s got a satisfying, sassy groove to it, and becomes even more irresistible as the percussion amps up during the climax. In some ways, Greedyy feels like a more restrained compliment to Brown Eyed Girls’ cheeky Warm Hole from back in 2015, or even a nostalgic look back at Mamamoo’s debut-era material.