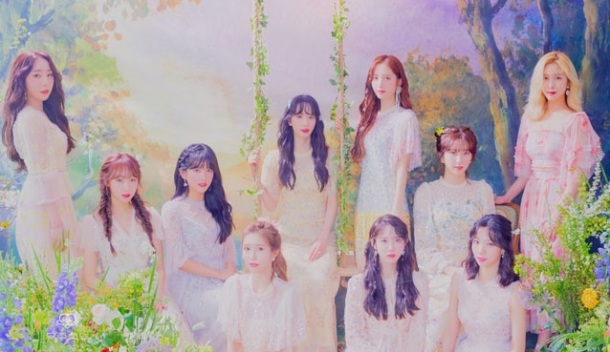 I think that Cosmic Girls’ Neverland is my favorite girl group mini album of the year so far, but that’s no surprise because they’ve been delivering incredibly consistent albums for awhile now. It’s always hard to pick just one buried treasure. I love Hola’s hard-hitting sugar pop sound. It would have made a great title track. Where Are You and Tra-la recall 2016-era GFriend in the best way, complete with lush instrumentals and exciting power notes. But ultimately, I decided to go with the most musically adventurous song on the album.

Pantomime lives up to its theatrical title, unleashing a slinky dance beat that’s constantly in flux. The girls take a popular trend – deep house percussion – and twist it to their own making. There’s a slight dose of “cosmic” here, which is always something I’ve appreciated about the group. The instrumental pulses with an addictive spontaneity, percolating with a twisty arrangement that tugs at the rhythm like a good scratch DJ would.

The production swerves here and there, occasionally upended by an aural roadblock that only serves to boost the overall energy. This is especially evident at the end of Pantomime’s climax. The music builds, and you’d expect it to explode. Instead, the instrumental pulls back to a dull throb. I’m usually not a fan of these so-called “anti-drops,” but the technique is used brilliantly here. It helps that everything’s tied together by a sticky hook – repetitive but never cloying.