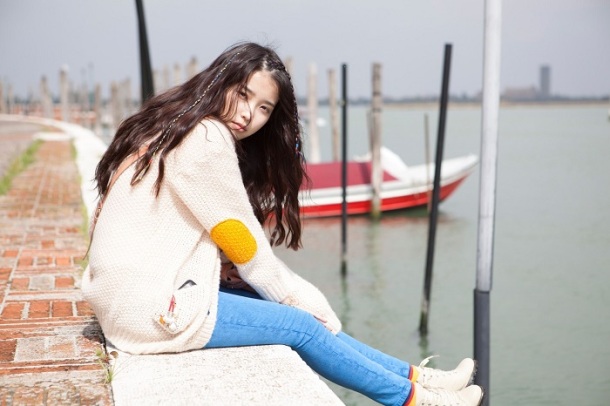 With over 3,000 songs on my iPhone’s “K-Pop Singles” playlist, I thought it would be fun to add a bit of unpredictability to my song review posts. So as a result, we have the “Random Shuffle Review” feature.

At this stage in her career, it feels like IU’s image is pretty set in the minds of K-pop fans. But, she’s actually had quite a diverse career, evolving through a suite of styles that have made her the artist she now is. Her debut-era bubblegum pop is quite fun, but things really started to heat up in 2010, when the orchestral theatricality of Good Day unveiled a much more interesting performer. For the next few years, her music felt ripped from a grand stage play.

2012’s Every End Of The Day (스무 살의 봄 – 하루 끝) comes right at the apex of this era. It’s not the undisputed legend that tracks like Good Day and You & I are, but the song draws upon the same ornate sound that’s always been a perfect match for IU’s charms. Moving on from dream collaborator Lee Minsoo, Day is composed by the prolific Park Geuntae and Kim Dohoon. They give the track a slightly more reserved arrangement, while still indulging in the kind of symphonic flourishes that made IU’s past hits such a treat. Day unveils a satisfying build, drawing upon a warm melody that offers a series of prolonged vocal climaxes.

This approach is important, because Every End Of The Day feels more like a series of complimentary refrains than the typical verse/chorus pop structure. Its circular approach mirrors techniques used in musicals, repeating the same melodies with added weight and intensity. This allows IU to stretch herself as a performer. Even though the strings-heavy instrumental compels interest, it’s largely ornamentation. The spotlight here is on IU’s crystal-clear vocals, and she lends Day the nuance it needs to stand out. She’s delivered plenty of catchy, grandiose singles, but Every End Of The Day beguiles in a more measured way.

One thought on “Random Shuffle Review: IU – Every End Of The Day”