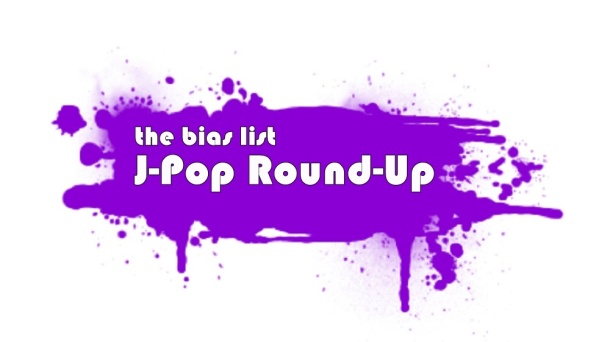 As I’ve started covering more J-pop singles on the blog, there haven’t been as many tracks to feature in a J-pop round-up. But, one of the purposes of this feature is to unearth buried treasures. The seven songs below are a mix of singles and b-sides that have caught my attention over the past few months. Some are not streaming anywhere online, which means you’ll need to make do with short samples instead.

I fully intended upon writing a review for Route 246 back when it was released in July. But, a full music video proved to be elusive. Luckily, one has finally surfaced months later.

Anyway, I love this track. It pairs Nogizaka46 with legendary producer Tetsuya Komuro — a collaboration that really shouldn’t work given their contrasting sounds. But, the combination of the polished Eurodance style and the girls’ airy vocals makes for a compelling track. It helps that the entire thing circles around the same simple hook. The first time you hear it, you might think it’s a bit one-note. But I promise that you’ll still be humming it months later.

The Rampage – Livin’ It Up

The Rampage’s latest single Fears comes paired with a couple of great b-sides. For those who love when the group goes retro (Dirty Disco, anyone?), Livin’ It Up is designed just for you. Between its New Jack Swing beat and bright synth, the track is difficult to resist. In fact, I think it would have made for an even stronger single than Fears. Exile Tribe groups are so skilled at delivering addictive grooves. Play this one right after Deep Squad’s Get With You for maximum effect.

I’ve written about Sexy Zone a lot over the past few months. You all know how much I adore their latest single Run. And, the rest of the EP is also quite strong. I usually hate when J-pop (or K-pop) acts record a song in English, but Small Love Song totally works. For one, the English is competent and not jarring. But, the track’s true charm is its twisting melody and dynamic production. This is one of those songs that works its way under your skin the more you listen to it.

The guys have a new single coming out in about a month. I’m not expecting it to be as instant-classic as Run, but I’m still excited.

I’m still dipping my toes into the vast discography of Hello Project’s artist roster, and this is actually the first time I’ve listened to a single from Tsubaki Factory. Its double a-side What Time Is It is also good, but you know I have to give props to the high-energy dance track!

I just love the propulsive, guitar-laced beat that kicks off this track. The rest sounds very much like every other Hello Project track of this nature, but that’s no bad thing. The energy remains high and exciting throughout, even as we dip into a sugary J-pop chorus.

As I mentioned in the review for their single, A.B.C-Z’s album is really quite strong. I’m partial to its more hard-hitting dance tracks, and the first time I heard Bad Game I was very impressed. This is a Johnny’s Entertainment sound I’ve always loved, and Game tethers it to a wickedly cool electro house beat. As fitting the album’s concept, the track has a slight video game feel. But, its unyielding energy is all Johnny’s. Two thirds through, we’re treated to a fantastic breakdown that further cements this as an album highlight.

Over the past few months, M!LK has released DIY tracks that have then been compiled into a new album. It feels like more of a side project than a fully-promoted comeback, but I’m always up for new M!LK. Home is the only track given a music video, and it’s a pleasant mid-tempo singalong. I’m a bit more partial to the rocking SDR, though none of the material lives up to the group’s incredible Winding Road from earlier this year.

I may or may not review Hey! Say! JUMP’s new single. Honestly, it’s just kind of sappy and boring – especially when compared to the more daring material they’ve been churning out this past year. But, their b-sides continue to surprise. Bow Wow Song is a delightful blast of novelty pop, offering a guitar-chugging burst of nonsense that proves to be a good match for HSJ’s colorful personalities. I could see this being a real standout in a concert setting. It practically begs for jump-along audience participation.