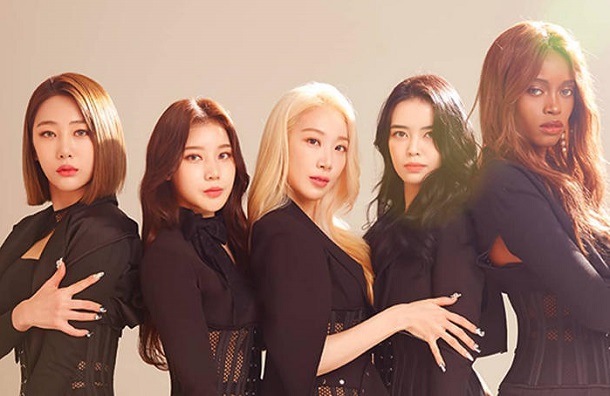 It feels as though DR Music just can’t learn from their mistakes. It’s admirable how they refuse to let Rania fully disband, whether that’s via a “BP Rania” reboot or this new Blackswan project (whose debut album is actually titled “Goodbye Rania”). Following the group’s career is like watching a soap opera. But, it’s also incredibly problematic. To a large extent, BP Rania used member Alex Reid as a gimmick, resulting in some very cringeworthy marketing choices. And to me, the name “Blackswan” feels tacky, almost as if the agency is setting up new member Fatou (of Senegalese descent) as an oddity of some sort.

Trying to ignore all the promotional choices, Blackswan’s “debut” single Tonight is actually quite solid. As a piece of music, it hearkens back to K-pop’s second generation of girl groups, devoid of cutesy aegyo but never falling into predictable girl crush tropes either. Its instrumental brings in layers of rock guitar, giving the production a big, distorted appeal. It’s been a long while since we’ve heard a girl group title track that takes this approach. The stomping percussion gives Tonight plenty of forward drive, ensuring that the energy remains high throughout.

Blackswan give a powerful performance that largely sidesteps affectations. Fatou takes charge of a rap verse during the bridge, and her deeper tone is a nice change from what we often hear in girl group tracks. Tonight’s chorus does a nice job riding the song’s groove, composed of two complimentary refrains that each embrace the song’s bombastic style. Nothing here is going to reinvent the wheel, but Blackswan have quickly carved out a musical niche for themselves. On a lighter note, all I can hear during the first part of the chorus is “take the, take the cheese,” which is… distracting, to say the least.