Congratulations to SHINee’s View! Although the margin wasn’t quite as big as Monday’s match-up, the track beat WJSN’s Boogie Up by a convincing 69.3%. That means, next round the song will go up against Red Flavor. That’s going to be a pretty momentous match-up!

We’ve got two different styles of summer song, here. One is a reggae-inspired slow-burn with a laidback groove, while the other offers angular electropop. But, only one track can move onto the next round. The choice is up to all of you. Feel free to advocate, cheerlead, cut deals, etc in the comments section!

The vote is open for twenty-four hours, and the winner will be celebrated in tomorrow’s bracket post.

Match-up Three: Which track should move onto the next round? 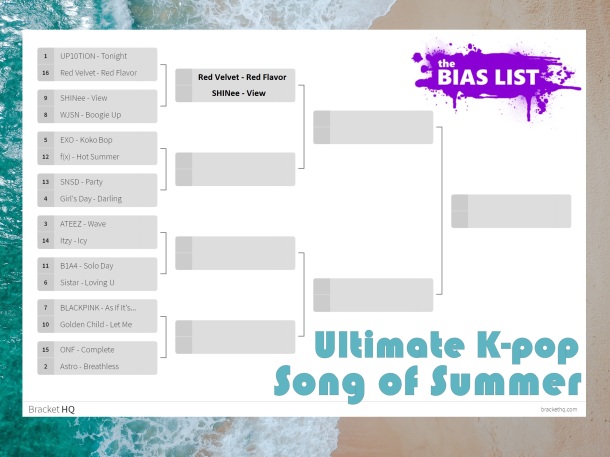