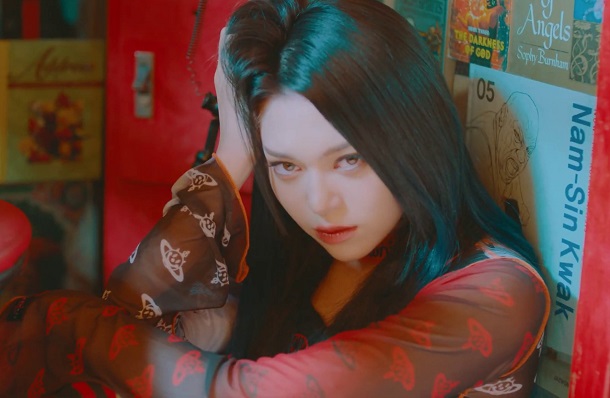 Since her ambitious, sc-fi-themed debut, AleXa’s sound and concepts have swerved all over the place. Last time we heard from her, she let us know what she likes on her burger and fries. As cringy as Xtra’s lyrics could be, they succeeded in giving the track some character. When it comes to new single Tattoo, nothing really sticks out.

This song feels like the very definition of “generic.” Both the production and melody crib from hundreds of other tracks, refusing to bring anything new to the table. Don’t get me wrong – it’s not easy to reinvent pop music. The genre cannibalizes itself constantly. But, even twisting one element can result in a very fresh, compelling take on the sound. Tattoo plays things so middle-of-the-road that it practically fades into the background.

Given its English-language lyrics and L.A.-set music video, Tattoo feels like AleXa’s most globally-focused track yet. With that in mind, she’s going to run into a ton of similar-sounding competition. I think she’s up for the challenge, but not with material that hinges on a tired tattoo metaphor and a dull, predictable hook. The song just plods along in a straight line, failing to grab attention. AleXa does what she can to inject personality and is most successful when her phrasing accelerates to become more rhythmic. But even here, the final product is too glossy and pre-formed to allow any sense of emotional rawness to poke through. I’m pulling for AleXa to receive the ballsy material she deserves. After a promising debut year, it feels like her agency is just spinning its wheels.