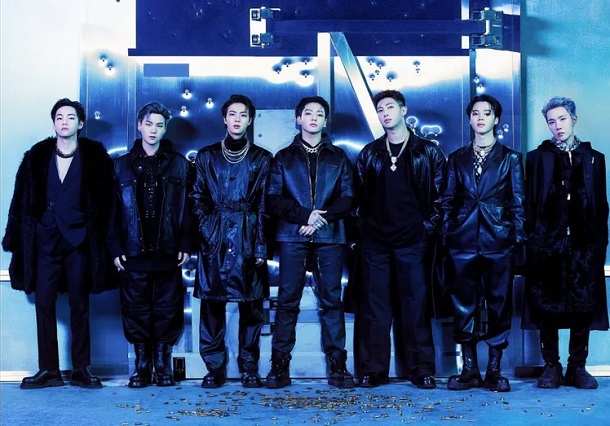 As BTS’s popularity has skyrocketed, the frequency of their output has dwindled – a surprising approach for an act as in-demand as they are. The past nineteen months have seen occasional solos and collaborations, but only a trio of full-group tracks. Now, we can add several more to their catalog. Their multi-disc compilation album Proof nestles four new recordings among a host of career standouts, including title track Yet To Come (The Most Beautiful Moment).

Yet To Come is clearly designed as a marker for this specific stage in BTS’s career. It carries the sentimental, nostalgic vibe found in many disbandment tracks, but this is the turning of a page rather than the closing of a book. Call me jaded, but there are very few acts who can rouse genuine emotion from this style of song. More often, the music feels like not-so-subtle pieces of marketing, designed to appeal to collective fandom catharsis. It’s akin to movies that signpost their most emotional scenes with overwrought strings and maudlin piano. The song itself doesn’t even matter. It’s all about the connection.

On this weighted scale, Yet To Come is sufficient but hardly transcendent. It’s less that I would expect from a group of BTS’s stature – more an interlude than a fresh transition to greater things. The song has a satisfying warmth, driven by an alt-hip-hop instrumental that bops along comfortably without ever stretching itself. The melody is similar: relentlessly pleasant, yet rarely compelling. It’s nice to hear a few unhurried rap verses, especially when they avoid the heavy-handed vocal effects plaguing much of the song’s melodic refrains. And although the chorus never finds a dynamic hook, its call-and-response structure works well.

When it comes down to it, Yet To Come wasn’t made for me anyway. It’s been a long while since I’ve been an enthusiastic fan of BTS’s music. But for those who have streamed and downloaded through thick and thin (and whatever Permission To Dance was), this track serves as a well-deserved exhale.

63 thoughts on “Song Review: BTS – Yet To Come (The Most Beautiful Moment)”