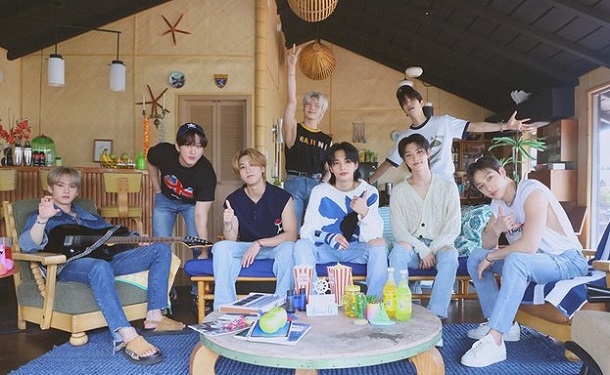 A K-pop act’s title track isn’t always the best song on their album, even if it’s the one most people will hear. Sometimes, b-sides deserve recognition too. In the singles-oriented world of K-pop, I want to spotlight some of these buried treasures and give them the props they deserve.

There are at least three songs on the new Stray Kids album I prefer to the title. This is a relatively rare feat and just crystallizes the fact that I prefer when the group focuses on fleshed-out musical ideas that feel consistent from beginning to end. Both the pop rock of sub-unit track Can’t Stop and the EDM-fueled, 1Take/TAK-produced Give Me Your TMI were “buried treasure” candidates, but I find myself more charmed by the goofy Super Board.

This summer, I highlighted the equally sound-effect-heavy Free Fall from ITZY. I’d put these two songs in the same category. Yes, they’re gimmicky. But, they’re also focused. They’re not constantly trying to grab your attention. They simply lay out their groove and trust you to follow along.

In Super Board’s case, the groove comes courtesy of a nostalgic rap-rock throwdown. The more I listen to Stray Kids’ music, the more their verses do nothing for me (enough with the “pings,” guys!). But, I’m in love with the big rock drums and rugged electronic textures that fuel Super Board. The production gives the guys plenty of momentum to work with. And though the chorus is as simple as it gets, the track makes the most of this catchy exclamation. Much of Super Board sounds as if it’s swerving here and there, giving the song a tactile sense of movement that pulls you in and heightens the overall concept. It would have made a fun title track.