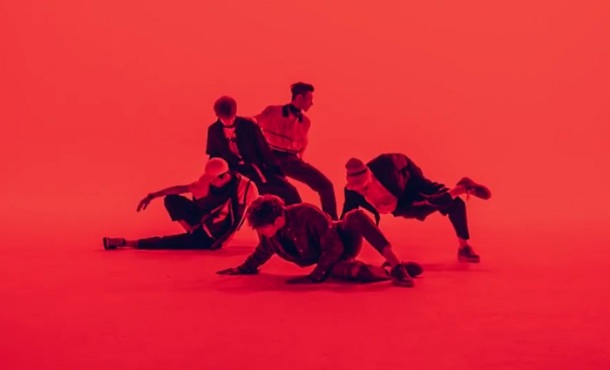 I’ve always found SM’s “throw ’em out there” approach to debuting new groups to be kind of refreshing. There’s no endless countdown clocks or debut dates announced weeks before music is released. When they’re ready, they briefly tease and then just drop the music. Bucking industry trends, the first releases from their NCT boy group project are not only being unveiled on a weekend, but they’re presented in the form of sub units.

The whole idea of NCT (or in the case of this review, NCT U), is still a bit of a mystery. But it seems apparent that, with so many performers existing under the NCT banner, we’re in for a lot of good music this year. The 7th Sense is the first release from a hip-hop oriented unit, and we’ve actually heard the bulk of it already in one of the first teaser videos a couple months ago. It may be the furthest SM has ever dabbled in this genre. It’s certainly the most bass-driven track I can remember hearing from the company. The song moves at a languid, stylish pace, coming across as an otherworldly fever dream. It feels more like a performance piece than a proper single, but I think that’s understandable since this is really designed to be a showcase of the members’ talents in this particular genre.

Hip-hop has never been a genre SM artists have focused on much in the past, but The 7th Sense gives us something that feels authentic. The guys don’t sound like idol rappers, even though they’re sure to face that stigma. The track could have easily been given to any number of indie artists within the genre, but the SM team brings an undeniable polish, especially when it comes to melody. This isn’t meant to be a particularly melodic track, but the little we do get acts as a mysterious, softly powerful counter punch to the more aggressive hip-hop verses. I was glad to hear it, and it makes me eager for the more pop-driven tracks we’ll hear from the guys.