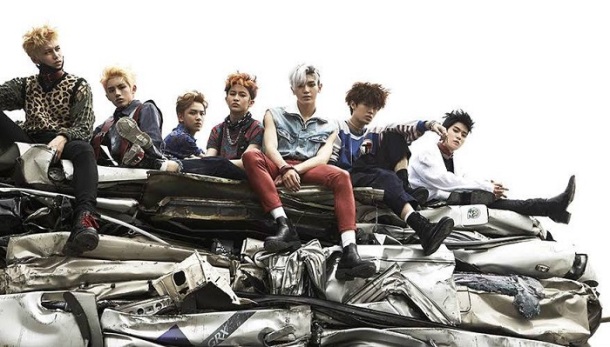 Most of the time, a kpop group’s title track is the best song on their album. But, sometimes b-sides deserve recognition, too. In the singles-oriented world of kpop, I want to spotlight some of these buried treasures and give them the props they deserve.

The concept of NCT is infinitely promising. But as much as I enjoy their 127 unit’s mini album (and the addictive Fire has grown on me like I never would have imagined…), I can’t help but think the project’s true potential isn’t even close to being reached. I mean, nothing on the album stands out as sounding that different from current k-pop. A new style for SM? Perhaps. But songs like Another World and Wake Up could easily pass for current American hits. I can’t wait for the moment when we get some dramatic, unusual 40+ member opus — similar to what groups like Exile and E-Girls are doing in Japan, except with better music.

Speaking of great music, Switch is considered a bonus track on the new mini album, but it was many fans’ most anticipated song when the tracklist was announced. It’s been continually teased through programs and low quality music videos, and feels as if it easily could have been a single for the group. Floating along an airy tropical beat, Switch is much poppier and instant than the more hip-hop focused tracks on the album. As such, it feels a bit out of place. But on its own, the song represents one of the catchiest moments NCT has given us yet. I won’t pretend that it balks any current trends, as it slavishly adheres to the tropical house craze sweeping the world. But, it’s got a brilliant melody and some incredibly pleasant production tricks that make it an strong entry in the genre. My hope is that the next sub-unit veers more closely towards this melodic sound.