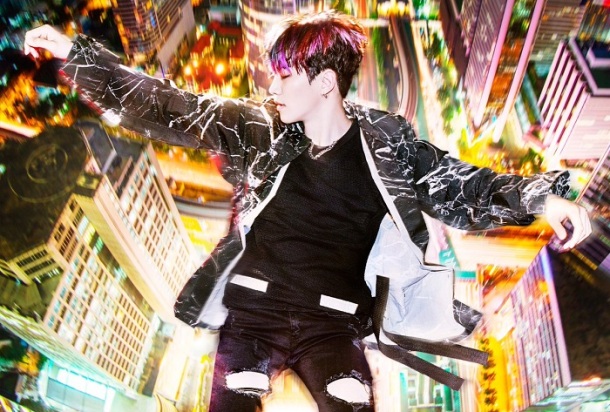 Now that flagship JYP group 2PM is essentially more active in Japan than they are in Korea, it makes sense that their individual members would also pursue solo careers in that country. It’s been a success so far, both commercially and quality-wise. In fact, some of the guys’ best, most adventurous material has been tailored to the Japanese market. That’s a bit unusual for a k-pop group, but 2PM has cultivated a diverse mix of j-pop styles.

Up until now, Junho hasn’t been the most interesting of the bunch, sticking with a perfectly serviceable — if not particularly groundbreaking — mix of dance and r&b. DSMN (Don’t Stop Me Now) changes that. It’s not that the song’s retro electronic pulse is anything new, but it feels adventurous and aggressive and eventful. The verses allow Junho a chance to inject plenty of personality, with their constant push and pull, but it’s the hook that really shines. This is somewhat surprising since it forgoes an actual melody in favor of a repeated declaration of the title. But importantly, Junho’s exclamatory ad-libs are underpinned by a brilliantly composed electro beat. It’s incredibly funky, and instantly takes the track to another level.

DSMN actually sounds like a strong Shinee or EXO comeback, which is high praise coming from me. It represents a leap in Junho’s solo output that I hope is followed up on when the album’s released next week. Along with bandmate Jun.K’s excellent solo work, DSMN further convinces me that 2PM may just be even more interesting as individuals than they are as a unit.