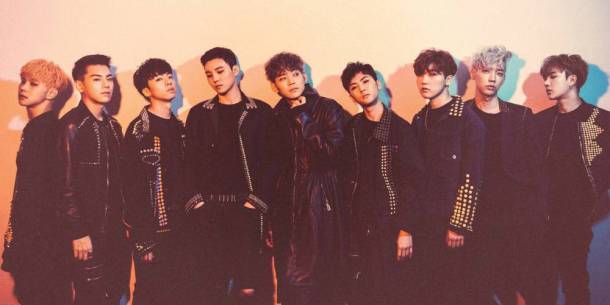 It’s been over a year since Topp Dogg released music, and since then the group has lost another member. Then again, they started with thirteen, which always seemed a bit bloated for the style of music they were pursuing. Though they’ve been active for three years, the group has never really found the breakout success they’ve aimed for. Will Rainy Day (비가 와서 그래) change that?

Not likely, but that’s not necessarily a knock on the song’s quality. It’s just that the group began with a much more experimental bent, fusing elements of classical music and traditional Korean instrumentation to their hip-hop tracks. This marked them as an exciting prospect in the k-pop world, but the mid-tempo balladry of Rainy Day casts them as just another group hoping to capitalize on a reliable, YG-esque template that feels all too familiar. Of course, this approach is reliable for a reason. It’s nearly impossible to dislike Rainy Day. The song injects its laid-back melody with nimble bursts of rap, while the vocalists’ smooth performance blends into one seamless through-line.

But that’s the problem. Things are too smooth here — too easy. There’s nothing that jumps out and makes the impact necessary to separate Rainy Day from dozens of other like-minded tracks. For a group who needs to cultivate newfound interest, they would be better served going back to their roots and offering something a bit more cutting edge. Rainy Day lulls listeners into a pleasant head space, but it doesn’t exactly pull in attention.