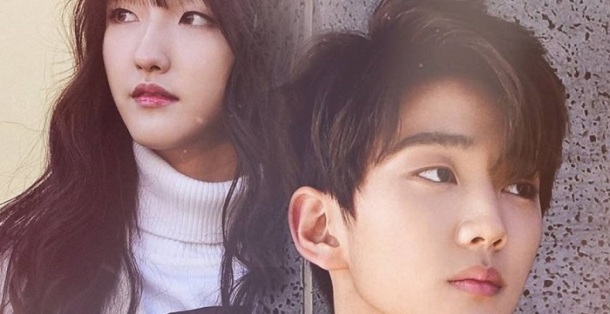 After what seems like years of waiting, Woollim Entertainment is set to debut their new boy group this year. And alongside them, we get the added surprise of a new girl group as well. Rather than introduce these unfamiliar faces through a reality show (which honestly would have been preferable), the agency has decided to invest in a series of pre-releases that pair members from both groups.

Being a mega-fan of Woollim’s original k-pop group, Infinite, gives me a predisposed bias toward the agency’s acts. It’s the kind of bias that is sort of irrational, and probably amounts to a sense of loyalty more than anything else. But as excited as I am for both of these new groups, I’m also worried that it will effect the amount of music Infinite is able to release. After all, Woollim is still a relatively small company without the seemingly endless budget that agencies like SM and YG enjoy. For as much of the spotlight as they’ll likely be consuming, both groups better be worth it!

This is a lot of conjecture and unrelated information for a song review, but it’s because this project’s potential is much more interesting than the actual track. No One Like You (너 같은 사람 없더라) is a standard, r&b-laced ballad. Both Joo Chan and So Yoon have pleasant voices, but the song doesn’t give the duo anything particularly interesting to do with them. Trading verses, the two eventually collide during the sentimental chorus. It’s pretty predictable stuff, articulating its emotions well without ever really coloring outside the lines. I hope that future releases give a fuller picture of these members’ personalities, along with a hint of what sound or concept we can expect from the eventual groups. No One Like You doesn’t really do either.

One thought on “Song Review: Joo Chan x So Yoon – No One Like You (Woollim W Project)”