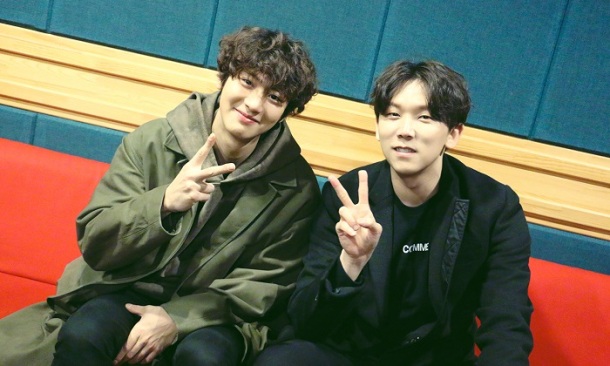 It took them awhile, but SM Entertainment is doing a nice job allowing EXO’s individual members to embark on solo and duet opportunities. Almost all of them have had a chance to shine on their own or in sub-units, even if the focus tends to be on the group’s main vocalists. Though Chanyeol’s official position in EXO is as a rapper, he’s proven himself to be a reliable, acoustic-minded singer as well.

Let Me Love You allows him to explore this side more fully, paired with r&b vocalist Junggigo. It’s a hard song to review, because it’s the type of production that is squarely aimed at those who prefer a quieter, more acoustic approach. I am not generally that kind of k-pop fan, and I’d be lying if I said that Let Me Love You excites me in the least. Both performers sound incredible, their voices blending as if they were part of the same group. And I appreciate the laidback delivery of the song’s smooth melody, which instantly puts the listener at ease. I can see how it would appeal strongly to the Korean public, who seem to adore this kind of chill, vibey style of coffeehouse r&b.

In fact, it’s hard to fault Let Me Love You on a musical level. Its ambition is modest, but not every song has to be a bombastic burst of world-shattering drama. Its melody lacks a real sense of dynamism, but compensates with a pleasant instrumental that blends an off-kilter keyboard riff with soft, shuffling percussion. When it comes down to it, the song is a success within its own parameters. It’s just that it doesn’t go past that. We’ve heard this exact package many times over, and listeners’ individual enjoyment will likely depend on their feelings toward this particular k-pop sub-genre.

One thought on “Song Review: Junggigo + Chanyeol – Let Me Love You”